I have been reading Robert Cialdini’s most recent book Pre-Suasion.

It’s about how people are triggered to behave in certain ways under certain conditions.

The short version is that people are influenced by reciprocity, social proof, likeability, consistency, scarcity and authority. You can probably think of lots of ways this works (learn more about these principles of influence HERE). Here are two to get us started…

You’re interested in buying a  ticket to a concert and you see the sign, “Only 48 hours to get the ticket! Buy now!”  Are you more likely to buy? Probably. That’s scarcity – you believe that the tickets will be gone and are in a limited supply so you are more likely to act with urgency. 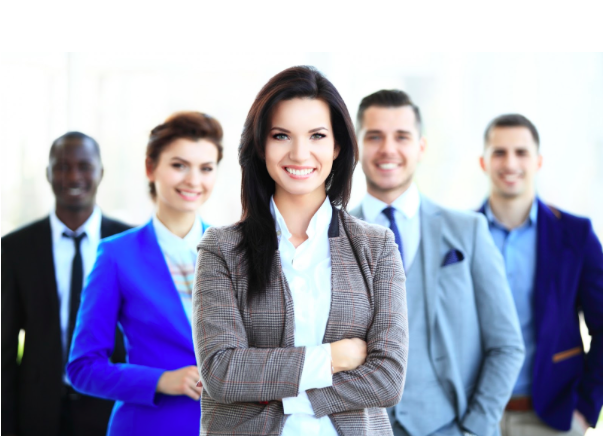 Cialdini has many more interesting examples in his book “Influence” which has remained a ground-breaking best seller for years and is used in many contexts all around the world from marketing and policing to childcare.

Here is Cialdini’s main thesis: because human beings have evolved to respond to specific triggers (such as the amount of cars in the parking lot or the ‘get the ticket’ sign), we more frequently than not will perform the expected behaviour under the influence of the trigger even when we are aware that those triggers are being used to influence us, . Cialdini’s most recent book, Pre-Suasion, goes one step further to show how we can set up the conditions for success and influence the behaviour of others.

One example from the book shares how we can pre-set people’s resistance to the influence of weather.  When it is sunny, people are generally in a good mood, and cloudy days tend to depress people’s moods – no surprise there. The surprise comes from researchers simply mentioning the weather before asking their research subjects how they feel and then testing for happiness hormones.

You see once researchers mention something about the weather – anything at all – before they test for happiness, people’s happiness levels do not change with the weather. Simply mentioning the environmental condition, causes people to overcome it’s typical influence over them. The reason for this is that once you become aware of something in your environment, you can exert control over it. While it is in the background and you do not bring it fully into your consciousness, it influences control over you.

Another way people bring something from the background into awareness is by clearly communicating behavioural expectations before the behaviour will actually be performed. Good teachers have known this for a long time…

Before going on a trip with your class, if you tell them that they are ambassadors of the school and have them describe what kinds of behaviours good ambassadors show, so it is really clear in their minds. 99% of the time they will all behave well in public. If on the other hand you say nothing you will simply be the victim of typical kid behavior when they are outside of their usual environment, which is lots of running, yelling and other kinds of things people don’t enjoy experiencing in public with a group of 30 children.

We would love to see you in our SAVVY SUPERVISORS private Facebook Group. We have weekly mystery workplace questions to solve and monthly leadership challenges to keep you on your manager toes. And the community is very welcoming and supportive. Click on the link, and answer the questions to join us. 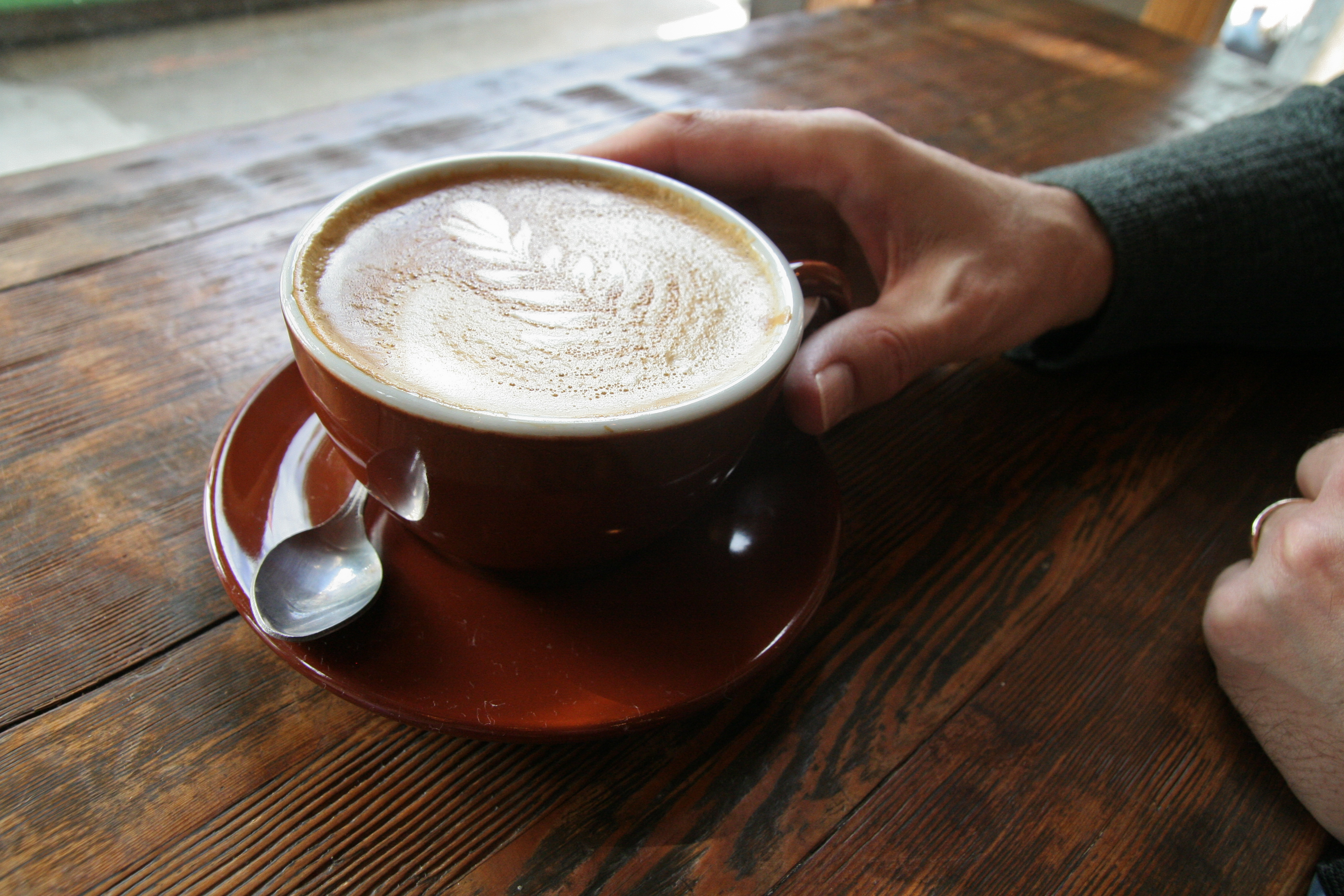 For the most part we have ignored how setting expectations works for adults in a positive behaviour change context, but a fabulous example recently went viral on Facebook just in time for this article! A coffee store owner in Roanoke, Virginia posted a sign to encourage connecting with others and courtesy. You can read about how he wanted to change his customer’s sense of connectedness and courtesy for the better here.

Let me describe the sign he posted outside “Cups,” his coffee shop. Here is what it says:

Because he wanted to pre-influence people to be kind, courteous, and to connect with one another, he set up the conditions for success by showing how he would reward customers for courteous behaviour.

Not only did the idea go viral, so did his business. People paid the full price but were engaging and courteous too. They paid for other people’s coffee. Lots of kind and helpful behaviours went along with more sales for the coffee shop owner. Why? Because he set up the conditions for pre-influencing for the behaviour he wanted to see. And he was sincere about the offer to actually lose money if people “paid” him with kind behaviour.

Because we are conditioned to show reciprocity, we like people who show clever and unusual approaches to everyday things, and when we consistently see other people acting in the same way, the social proof of his message became more and more powerful. This clever store owner encouraged five of the six triggers with his sign – and he did it all in advance by setting the stage for success.

But how does this affect you as a leader?

Let your team know what you expect in terms of attitude and behaviour before they start a project, the day, the shift or the event. Remind them of their connectedness, and the interdependence of all. Click To Tweet Then watch to see most of the people most of the time do exactly what you have shown are your expectations. But here is a warning – you have to be the example and the model of the behaviour you want to see. If you act like a jerk and expect others not to, you have not set the pre-fluence conditions up to be optimized. 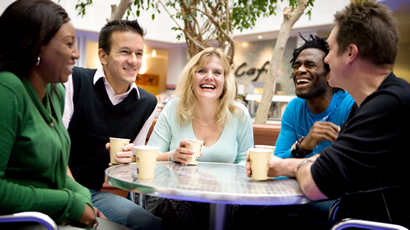 I experimented with this the other day at a Lean Manufacturing Workshop. My table was a group of strangers who were not communicating with each other. I introduced myself to all of them and asked them some questions, and showed helpfulness in passing things out as the workshop got underway.

The facilitators explained that there were 7 wastes. Afterwards I said to my table, “There is an 8th waste  – the waste of choosing not to help others when you could have. This wastes a lot of time and causes frustration because you could help if you wanted to.”

From that moment on everyone at my table started being helpful, they even went to the other table and asked them if they could help, or simply helped without asking. This is because I consciously set the stage for the attitude of helpfulness to become the norm at our table by making a statement that pre-set the expectation of what would be the “better” thing to do.

I can’t tell you how many conversations I have had with supervisors and lead hands who complain constantly about their team members’ workplace behaviour. They frequently say that common sense is not common and that there is no cure for stupid. They have just successfully set up their team members to make more mistakes, think less and encourage others to do the same. When I ask them if they have set the expectations for their team’s behaviours and attitudes, they say, “Everyone knows how they are supposed to act.” Wrong answer.

Let me say it one more time:

Set up the conditions for success by explaining your expectations in advance. Then be the example of what you expect from others. Click To Tweet

Remember the coffee shop sign? Thinking about ways you can create an environment for positive change both in your physical space and your team’s attitude space can be a powerful pre-influence for the kind of behaviour you want to see.

How can you improve the success of your team by setting the expectations in advance?

Once you have an idea, help us all to be more successful leaders by messaging your idea or emailing it to marie@shiftworkplace.com.

Stop spending 80% of your time on one bad egg

Marie Gervais, PhD., CEO of Shift Management Inc., provides managerial training and workforce interpersonal development to business and industry through online courses and web coaching. She helps individuals and organizations build talent and skills for leadership, communication, and conflict resolution particularly at the supervisory and middle management level. Her work has gained a reputation for excellence in integration and inclusion of the diverse workforce. With her team at Shift Management, Dr Gervais helps clients reach their business goals through team building coaching and industry-specific training development for interpersonal leadership skills. Her impactful digital and multi-media resources have been successfully implemented with many different populations and contexts.  The results prove that a learning workplace is a happy and profitable one!

Check out Marie’s podcast Culture and Leadership Connections on Apple Podcasts and on the Shift website to hear stories of leadership and all things cultural. Consider the signature Supervisory Leadership Certificate Course for upskilling your workforce at: