E9 The Suspension of Judgement with Christian Höferle 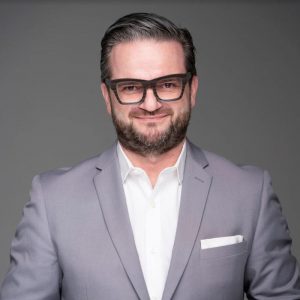 Christian Höferle is ‘The Culture Guy’, a cultural consultant and mentor for people who work globally. With his company, The Culture Mastery, Christian and his team help multinational organizations achieve their goals in global markets. TCM does this via tailored coaching and training programs for expatriates as well as multicultural teams.

Based in Atlanta, Christian is German by passport, American by choice, and Bavarian at heart. His passion is to help people discover commonality when they are overwhelmed by cultural difference. His mission is to create peace by facilitating understanding, relating, and connecting.

As a German, Christian Höferle struggled to understand North Americans – from how they used silverware to how they hitched trailers to pickup trucks. Tune into this podcast to learn how he unearthed valuable lessons from Americans to help people develop a deeper understanding of different cultures.

Christian grew up in a small but picturesque town in Bavaria, a southeast state in then West Germany. His father was a butcher and mother, a dental hygienist at the local dental office. Together, they took over a local butcher shop in the small town.

He worked for his parents growing up, and they made sure he learned the value of hard work. “I didn’t get a lot of allowances as a kid. My parents made me work for it”, he notes. He grew up with little tolerance for people who complained about their lives, because he had understood that one needs to work hard for what one wants. This led him to become an entrepreneur later in life.

Even though his parents were fiscally conservative, they had liberal social values. His mother was 5 months pregnant with him when his parents married, at a time when such incidences were frowned upon. This amalgamation of Catholic conservatism and modern world view influenced his upbringing.

His family was what Americans would call Cafeteria Catholics, who lived with conservative Catholic values, but were not a church-going family. The archbishop who presided over his confirmation ceremony went on to become Pope Benedict, which is Christian’s only shareable Catholic story. He is not a big believer, but finds that this story helps him connect with those who are.

Coming from a divided country, with his grandparent’s generation having committed the biggest crime in humanity, shaped his generation’s approach to life. Witnessing a surprisingly peaceful end to the division of Germany was one of the defining moments of his adolescence.

Hailing from Germany, Christian believes that all Germans continue to learn from the past demons of their country. His motivation behind working with cultures is to contribute to a cultural understanding, which in the past, Germans didn’t exhibit. “I can’t correct what was done, but I can make sure it doesn’t happen again. That’s why I do what I do”, he remarks.

Culturally speaking, he identifies most with Bavaria. His dialect is similar to what Austrians speak, and he feels closer to them than he does to Germans from other parts of the country.

In 1988, when Christian was 17, he went to Minnesota in the USA on an international student exchange program. It is there that he learned to speak English. However, the North American way of functioning was radically different from what his Alpine childhood had made him used to. He was challenged with different ways of doing things, and it made him “aware that people do things differently around the world”. While his initial response was that his way of doing things was the only right way, he learned by observation that other ways of doing things showed equal results.

Coming to an early understanding that there is more than one way to do something right served him well. Revisiting his perceptions of right and wrong and becoming aware of his limitations was, to him, “a healing life experience”, one that transformed him from a self-confessed cocky know-it-all to an accepting, open-minded, culturally-sensitive man.

As a German in America, he has now become comfortable and confident having one foot on each continent. It allows him to switch behaviours to better mould into different situations as a leader.

Christian is, as most Germans are, “blunt to a fault” and not afraid of confrontation. He is aware that this sometimes comes across as threatening to North Americans, and he works to rein that in. He also has a short temper and can become impatient. However, he seeks harmony in personal and professional situations, so everyone can work towards a common goal.

He subscribes to the BANK personality code theory, which stands for Blueprint, Action, Nurturing, and Knowledge. He claims that he is a dominant Knowledge personality type and values intelligence, logic, technological advancement, research development, competence, accuracy, and a big picture view. He says that he is least like the Blueprint personality type, which as a German, most would have expected him to be. However, that goes to show that “there’s culture and there’s personality”, he says, “Just because I’m German doesn’t mean I have to fulfill all those stereotypes people have about Germans.”

Living outside of his natural culture has taught Christian that he can adjust his behaviour as the situation demands by using the tools from his ever-expanding behavioural toolbox, instead of defaulting to his factory settings.

As a child, he was taught to be risk-averse, and to analyse and eliminate risks before executing tasks. From Americans, he has learnt to be comfortable with uncertainty, and to “just do it”! While one can spend time overthinking, he has come around to the understanding that executing can help one learn what works and what doesn’t.

As an exchange student, he had a life-changing experience he will never forget, which taught him the essence of what North American culture stands for. His host family took him to visit Nebraska, where they attended a loud, chaotic, celebratory church service, unlike the solemn ones he was used to. When he had a moment to speak with Tony, the host father, he commented that this was not how people should worship God. Tony said, “Christian, these are the United States of America. This is a country where everybody has the ability to worship their Lord the way they want to. If this is not your cup of tea, if you don’t like this, let it go. It may not be my way, it may not be your way, but it is these people’s way, and we need to respect that.” That day, Tony taught him an important life lesson about tolerance and inclusion.

Tips on becoming more aware of culture and responses to it

When Christian works with groups, he makes them aware of their predispositions to judge people, and teaches them to suspend judgement in favour of observation. He says that he personally works on this aspect as well, asking himself, “Am I making a gut-reaction judgement here, or am I truly observing what’s going on?”

The next step is to think of other people’s behaviour as always based on a positive intention, and to work towards identifying that intention in everybody’s actions. He claims that “judgement suspension is hard to do – it is sometimes painful – but it might only be a split second or a couple of seconds, and while you do it, you become aware of the environment, the situation that you are in, and your judgement may shift because of that pausing.”

Christian wants everyone to be comfortable with their vulnerability. Realizing that we all make mistakes in dealing with people from different cultures allows us to accept our imperfections, making our lives easier.

If you want to become more aware of your own biases and realize that it’s not wrong to have those, reach out to Christian!

Perfection is an illusion: A German-American expert on culture shows us how to accept our mistakes in inter-cultural relationships.

Christian is a very articulate and self-aware individual whose life experience in two countries has propelled him towards a mission of assisting others to raze those inter-cultural obstacles keeping them from working peacefully towards the common goal. This mission is something Christian gets to practice personally every day, as a white man in a majority black community of Atlanta, Georgia. He bases his life on the values of Don Miguel Ruiz’s Four Assumptions: be impeccable with your word, don’t take anything personally, don’t make assumptions and always do your best.

Work Hard, Laugh Harder: A Vietnamese Woman's Rise in the IT Industry with Catherine Vu

Give It A Shot with Michael Hagley