E10 Give It A Shot with Michael Hagley 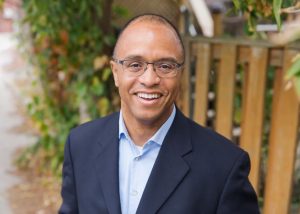 Michael has worked in many roles, industries and countries throughout his career. His passion has always been developing his people and seeing them grow and achieve their goals in their careers and in life. He has been working as a coach since 2013 and his clients include managers, sales executives, consultants and small business owners.

An Adler Trained Coach, he helps his clients develop personal skills, power, grace and a greater capacity to lead. Inevitably, this propels his clients to discover more meaning, purpose and fulfillment in their lives, at home and at work. When not working, you can find him scuba diving with his two teenagers, or running in marathons with his wife.

As a West Indian, Michael Hagley grew up with strong family values and profound gratitude for the life Canada allowed him. Listen in on how his global experience has created a more meaningful experience for his own life as well as for his coaching clients.

One day, when Michael was passing through his schoolyard on his way home, he saw a football match in progress. The coach asked him, as he stepped closer, if he wanted to play on the team. Excited, he went home to ask his mother for permission. Even though he faced resistance, he persevered and went on to play football for 8 years thereafter. He learned that determination is the key to achieving one’s goals.

Cubs and Scouts had a big impact on him, and he became one of the first chief scouts in Canada, one of the top honours at the time. It was his first introduction to leadership, and he enjoyed being outdoors in the wild.

He was also influenced by the Reverend at his church who encouraged taking care of those around him and treating them well, in an effort to make this world make more sense.

Michael was born into the West Indian culture, his mother being from Trinidad and Tobago, and his father from Grenada. He grew up with three siblings and a large extended family. His memories of childhood vacations in Trinidad are filled with spending time with family and friends, hiking up tall mountains with his 77-year old grandfather, and bonding over a shared love of food.

He was raised with a strong moral compass, where being true to what your heart knew was the right thing to do took precedence over what others told you to do. He remembers a life lesson his father taught him, “You can do anything in this world and tell me about it, but don’t lie to me. Whatever else happens, we can always work through it, but don’t ever tell me a lie.”

His childhood taught him that interdependence and reliance on other people helps one climb any mountain, and makes the journey faster, better, and more worthwhile.

Michael learned the value of teamwork during his rowing years. All four rowers needed to have perfect synchronicity in movement and choreography to make the boat move forward consistently, quickly and meaningfully. He extrapolates that coordination into his approach to work even today.

One of his former bosses at a large multinational corporation had chosen to be a manager even though Michael had recognized that he could have climbed the corporate ladder much faster if he had chosen to be a part of the technical team. When asked, his boss told him, “I took this job so that I could help you and the rest of the team develop and potentially go further than I ever could.” That incident left Michael dumbfounded at how selflessness, purposeful action, commitment and accountability can further a team’s mission.

Michael was born an eternal optimist. One of his former bosses used to call him ‘Smiley’, an ode to his fun-loving nature. He is also a self-confessed discoverer, always trying to figure out how things work, a quality that served him well during his engineering course.

He has grown into appreciating what his life has afforded him, in contrast to the realities of life he comes across on his travels. He recalls a trip he took to Jamaica when he noticed the locals living in huts with corrugated metal roofs, and school kids in uniforms piling out of buses late at night. However, they were all happy with whatever little they had, teaching him to modify his perspective and understanding of happiness.

Michael’s optimism and positivity is not always well-received by others, but it serves him well in giving every person he comes across the benefit of the doubt before forming an opinion about them. However, he once worked for a start-up whose culture he couldn’t identify with. He struggled to feel a sense of belonging with their ways of functioning and didn’t know how to respond. The business eventually failed, which taught him to trust his gut, and to learn from alternative options, if he chooses to forgo his instincts.

For Michael to give his best at a job, he needs to work together with his employer. He believes that when everyone on a team participates, it helps solve problems better. He recounts a time when his football coach created an atmosphere of collaboration, and his team only lost once in two years!

When Michael first went to the UK, he was surprised by how different the culture was. However, he advises taking the time to get accustomed to any new culture. Noting down the things that come across as different or even unsettling can help one work through any discomfort. When people from that culture notice you taking an effort to observe, they will appreciate it and help you bridge the gap.

He also suggests taking the first step in faith. Clearer paths begin to open up, and choices become apparent when we take the effort. “You never as stuck as you think you are in the beginning”, he remarks. In fact, he says we may be surprised by what we discover once we drop the notions that blind us about other cultures.

Change comes from the inside out: A West Indian-Canadian shows how to use personal reflection and team work to unite different cultures to give our collective best.

Bring people with you – that is the approach Michael Hagley embraces as a leadership style. Throughout the interview, we saw evidence of Michael’s collectivistic approach to leadership – walking up the mountain together and sensing team members working towards a common goal to the point where it is hard to tell who the leader is (the rowing metaphor). Everything Michael does to empower others is based on the idea that we are better together. He has a positive and integrative approach towards developing capacity from the inside out.

The Suspension of Judgement with Christian Höferle

Within, Between, Among – The Interaction Between Stories with Ron Carucci