E11 Within, Between, Among – The Interaction Between Stories with Ron Carucci 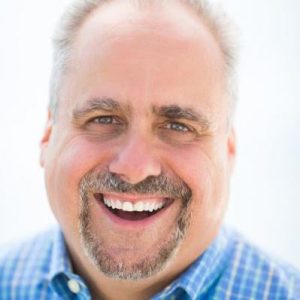 Ron Carucci is the co-founder and managing partner of Navalent, working with CEOs and executives pursuing transformational change for their organizations, leaders, and industries, and tackling challenges of strategy, organization and leadership. He is a regular contributor to HBR and Forbes, and has been featured in Fortune, CEO Magazine, Business Insider, MSNBC, Inc., Business Week, Smart Business, and more.

He led a 10-year longitudinal study on executive transition to find out why over 50% of leaders fail within their first 18 months of appointment, uncovering the four differentiating capabilities that set successful leaders apart. Those findings are highlighted in his ground-breaking Amazon #1 book Rising To Power, co-authored with Eric Hansen.

Having begun his career in music and theatre at 10, he went on to study at Julliard as a voice and theatre major. On one of his tours with a repertoire theatre, he discovered that he enjoyed engaging in other people’s stories more than telling his own, which led him to pursue a career in organizational behaviour and psychology.

As an Italian-American, Ron Carucci’s life has been defined by the stories of his culture, community, family and the people he has interacted with. Join him on this podcast as he explains how the interaction between these stories has moulded his career.

When Ron was in Junior High, he was caught with marijuana and it was his mother who reported it to the police. Even though it broke her heart, she cared enough to teach him to face the consequences of his actions. He is grateful for that incident because it changed his life from then on, making him commit to living with his personal values at the forefront.

It also taught him to confront the role of choices and volition in his life, which he has extended to his work. He believes that, as human, beings, “at our core, we are all hardwired with two, sometimes, opposing needs”. When he works with organizations, he finds that blending both individualistic and collectivistic cultures is when humans work best.

Ron was raised in a classic New York City Italian family – with love, unfiltered emotions and humour. His youth group at church provided him the formative experience of learning about values, community, friendships, and participating in each other’s lives. He was also a part of creative groups, artistic groups, and sports teams in school. It is then that he became fascinated with the organization of human endeavour for the magic that takes place when humans collaborate.

If you asked Ron’s family, they would surely vouch for the fact that sarcasm is genetic. The youngest of five children, he grew up as a witty, free-spirited, creative rebel. He is also what you could call a social introvert, who loves engaging with people, but also needs solitude.

He grew up with an insatiable curiosity, wanting to learn, know and grow. However, he can also easily become bored with an idea and is flexible to changing his mind. He remarks, “Don’t confuse the conviction with which I express my idea with my commitment to it”.

The way he expresses himself is through help and service, which he calls his language of love.

As a New Yorker, moving to Seattle was a very different experience for Ron, a taste he is still acquiring. He observed that in New York, you could have a conversation with people at another table at a restaurant about the meal they were having, but in Seattle, it would be unthinkable to do so. Moving to the west coast was a difficult decision despite being a great career move. However, he says that experiencing a different culture can be a blessing, “If you allow yourself to be formed by it, it can be very powerful.”

To work with Ron and Navalent, organizations must be open to looking into mirrors they haven’t looked into before. He points out, “I will be an advocate for your success, but that means that in fighting for you, I may fight with you”. Only those committed to change should explore working with him.

He also speaks about how he accompanies leaders on their journeys through the companies, helping them design their organizations to make people thrive. He observes that accompaniment is a crucial aspect of success – “As human beings, we are horrible observers of our own reality and so if don’t have other eyes on that journey, it’s highly unlikely that we’ll be successful.”

Ron warns against a concept he terms ‘chronic certainty’ – the certainty people carry from one successful endeavour which causes them to fail in the second. It is important to be open-minded about change and develop contextual intelligence to understand what is needed at that particular point in the journey.

He advises asking for people’s stories as a way of expressing gratitude – when you ask someone to tell the story of how they accomplished something for you, it makes them come alive.

For more interesting insights on organizational behaviour and psychology, keep in touch with Ron on Social Media. Download a free e-book on leading transformation at www.navalent.com/transformation and read his bestselling book, Rising To Power!

Storytelling is Powerful: An Italian-American change agent shows us how stories can transcend cultural barriers and make organizations more effective.

Ron Carucci is a very accomplished man who helps companies focus, clarify and reach their business goals through targeted change management and accompaniment. His underlying focus to find and highlight people’s stories and his constant intention to be of service are key values he clearly lives by. Check out this thought-provoking article on his website: ‘Provoking good in a world of outrage’.

Give It A Shot with Michael Hagley

It's All About Relationships with Lewis Cardinal