E42 Nothing is Impossible with Rohan Nigam 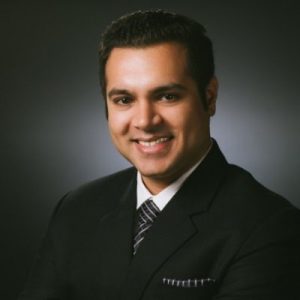 Make it inclusive: An Indian settled in the United States shows how inclusivity is the key to becoming a successful professional.

Rohan Nigam is a Director in PwC’s Deals practice. He has supported clients at various stages of the M&A (Mergers & Acquisitions) lifecycle including due diligence, integration, carve-outs, post-close support, and transformation. He has over 10 years of consulting experience specializing in pre and post-deal M&A, program management, process optimization, and systems integration. His work has spanned the USA, Middle East, Asia, and Europe.

In his free time, Rohan loves playing golf and racquetball, exploring new cities and countries, and trying out new cuisines and restaurants.

As an Indian who moved to the USA to pursue studies and a career, Rohan Nigam had the opportunity to combine the strengths of both cultures for success. Listen in on how he achieved great professional heights at an early age by being sensitive to cultural and personality variations in people.

Rohan says that he was always interested in mechanics as a child, taking his toolbag out to fix a table or chair at home. He was also fascinated by technology and by how computers could do the job of a human, which led him to study information technology engineering at university.

Growing up in a big house in Mumbai, India, Rohan had everything a child could want – he went to a good school and had friends and all the toys he wanted. When he was around 10, his nuclear family separated from the joint family they were in due to some issues in the family business.

The financial struggles that came with this change affected him as a child. From driving to school in a big car to walking the few miles there, it was the first time he “faced real life as a kid.” His approach to education changed, and he recognized it as a means of getting into a good university, getting a good job, making money and being happy. Even though he hated that time, it taught him the value of hard work.

Rohan went to a middle school in Mumbai which had students from different backgrounds and religions who spoke different first languages. It was a great learning experience for him to see “how different religions, how different communities – be it social, financial, religious… come in harmony, they still learn to live together, learn to communicate together for everyone’s good”.

In India, Rohan says that parents envision careers like medicine, engineering or law for their children. His mother is a lawyer, and his father has a Master’s Degree in Business Administration, and they both run a business together. They coached Rohan into his desire to become an engineer and be successful in life.

Working with different cultural groups as a global professional taught him more about cultures through real lived experiences than he could have through reading about them. He also came to learn and practise inclusivity, appreciating everybody’s ideas and opinions just as his ideas and opinions had been appreciated when he began his career.

Rohan says that he has always been an organized person, whether that be with his study schedule or work, creating to-do lists to stay on top of all his tasks. He also claims to have been an introvert, choosing to mingle only with Indian friends even after he moved to the USA.

However, he realized that people who stepped out of their comfort zone and interacted with people from different backgrounds “were happier… they had more friends, they were more likeable”. So, he worked on becoming more accepting of cultures and blending in with the larger group.

The first time Rohan was presenting at a client pitch with his team leader, he elaborated on the points in the few slides he was given, which was the norm in Indian contexts. However, he was later given feedback from his partner that in the American context, presentations are much more concise and meant to pique curiosity. He now follows the “80-20 rule: speak about 80% of the most important things in 20% of the words”.

Rohan says that experiences can be different not only based on culture but also on the situation. He gives the example of pre and post-COVID times, where if he had been asked to give an hour-long speech before, he would have hesitated. However, if someone were to ask him to speak at a local school event now, he could go on for 4 hours because during the pandemic, he has not been able to “see people, to be able to connect with people in person”.

The mergers and acquisitions world involves multiple parties – the buyer, the seller and the supporting parties such as consulting companies like PwC. the law firms and the investment banks. When Rohan begins working on a new project with a new team, he has a conversation about the best way for everyone to work together within the team and with the other stakeholders.

Even though Rohan claims that “in the corporate world, when you’re working with different personalities, there’s always politics, ego clashes, people feel bad about things”, he learns and grows through every project. He emphasizes celebrating the completion of each project to bring in more such projects in the future, and to appreciate everyone’s work on the team.

Rohan began managing his family’s investment portfolio at the age of 20 and has since grown it three times. He advises young professionals who are just venturing into stock trading and investments, to “start small and start early”. Reach out to Rohan to discuss the economy and market trends and to build an information-exchange community that everyone can benefit from.

Rohan Nigam saw the best of times and the worst of times, all as a child. He decided to use education as his springboard into a successful life as an adult. He has worked to incorporate cultural lessons from his wide-ranging work experience to create a positive professional atmosphere for everyone.

The Buffet of Life with Alan Headbloom