E43 The Buffet of Life with Alan Headbloom 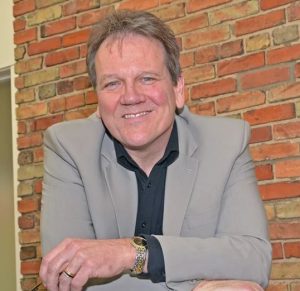 It makes you less fearful: A Swedish-American intercultural consultant takes us on a delightful cultural journey of exploring the unknown in a way that makes us blossom.

Alan Headbloom is an Intercultural Consultant/Coach, Applied Linguist and Talkshow Producer & Host. He presents workshops to immigrant professionals and to their American counterparts who need to function across cultures and geographies and provides one-on-one coaching to expats who need to perform at high levels in their global companies.

For the past seven years, his local TV show has highlighted the travails and successes of immigrants to the United States, along with providing tips on American English and culture. He also co-facilitates the Institute for Healing Racism. His personal and professional calling is to create belonging for newcomers and historically marginalized folks alike and has lived on six continents.

As a Swedish-American, Alan Headbloom is very aware of his white privilege and has spent his life enriching himself with lessons from other cultures. Listen in on how he has created a unique tasting platter from the smorgasbord of life.

At 12, Alan’s Swedish grandfather who had immigrated to the USA, took him and his sister to Sweden, exposing Alan to new behaviour and languages. He was awed by the cultural differences, caught “the intercultural bug” and felt inspired to fearlessly learn many different languages.

Once, when he accompanied his parents to the country club they belonged to, he found it odd that all the members were white and the servers, black. This informs his community advocacy to this day, and he refuses to join groups where people of colour aren’t represented or don’t feel welcome.

Alan was born to an upwardly mobile, white, Christian family in a white suburb of the industrial American city of Detroit. He claims he checks all the boxes for privilege – white, male, able, hetero, with a Christain upbringing. “I can pass in any group and be in the dominant culture”, he notes.

Alan claims that he has been bossy and righteous in the past but his experiences with different cultures have helped him grow. He tries to imbibe mindfulness from the people he interacts with because it does not come naturally to him.

Alan remembers not being able to relate to his college friends who had to work while studying, since his parents paid for his college tuition. “If you’re not living that, it’s not your reality, it’s not your world, and there you are, blind to it”, he observes.

When Alan was in Germany for a year, he grew close to a friend’s family he lived with for 5 months. He then told the mother to use the informal pronoun for him. However, she told him that they didn’t know each other well enough. He was hurt but understood that they defined closeness differently.

When Alan worked with the Japanese, he learned to appreciate the sense of community over individualism, communication, thoughtfulness, and mindfulness of others. He recalls never having to “fill up your sake cup” at the dinner table since someone will have already done it for you.

He also urges white people to put themselves in seemingly awkward situations where they may not be the majority, whether by gender, race or ethnicity. He recommends learning about other cultures to unlearn privilege and entitlement and become tolerant, loving and accepting.

Alan Headbloom checks all the boxes for privilege – white, male, able, hetero, with a Christain upbringing. However, he has grown to become a citizen of the world and uses his nuanced cultural insight and understanding in his work as an intercultural communications consultant.

Nothing is Impossible with Rohan Nigam

I'd Rather Rescue Myself with Sherina Mayani