E40 Not Afraid Of No with Nselaa Ward 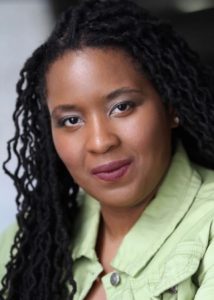 No Bars Can Break The Unbreakable: An African American sex worker-turned-attorney and business architect tells an addictive story of resilience and how you can be your own superhero, even when the world thinks you’re a villain.

Madam Nselaa Ward, Juris Doctor, is a Business Architect and Black Lives Matter and Women’s Rights Activist. Currently, she is the Chair of the International Black Business Agenda and CEO of Ni’ Nava & Associates, a business architect firm she started in 2015 in Atlanta, Georgia.

She has been a member of the National Organization for Women and one of the top female slam poets in the world. She has been featured on CNN, CSPAN, BET and TLC’s reality TV show ‘She’s in Charge’, and participated in the March for Women’s Lives.

As a black female, Nselaa Ward was always told she was not valuable. Listen in on how she broke away from the negative messaging and assimilated the positive parts of her life to shine as a successful attorney, activist and business architect.

Since Nselaa was 7, her mother was addicted to crack cocaine and got paralyzed after being shot over a drug deal gone wrong when Nselaa was 11. Nselaa grew up surrounded by people who were in the drug and sex work industry, and she became a sex worker at the age of 12 going by the name Caramel.

Nselaa had to move away from her mother and other siblings and feels that one of her biggest challenges was rebuilding her community and family. Her mother became more addicted to crack cocaine after being shot and felt emotionally distant from Nselaa. Nselaa worried that she wouldn’t be loved or be a real part of her family.

Nselaa grew up in a primarily black community, being constantly reminded that as a chubby black woman, she was not valuable. Having gone through ‘post-traumatic slave syndrome’, she says people in the community were used to not being treated as valuable and therefore treated each other that way. However, this made her want to prove her worth all the time.

As a sex worker, she tried to make sure she was being valued by her clients but found that people would not live up to the promises they made her. She then began to demand the payment upfront, for any interaction, and used that payment as proof that she was valuable enough for people to pay for.

This helped her improve her negotiation skills and made her want to protect others from being taken advantage of. However, it made her an angry rescuer: “I was doing for the world what I really wished somebody would do for me”, she recalls. She is now learning to empower people to rescue themselves.

Nselaa spent a lot of time around people addicted to crack cocaine. These ‘rockstars’, some of whom were her friends and cousins, would incessantly ask her for money almost daily, although she said no each time. From them, she learned not to be afraid of rejection and to persevere against all odds, which helped her in becoming an attorney.

The idea of self-worth was also influenced by the era in which she was growing up, where a person’s value was determined by their jobs, and only attorneys or doctors were considered valuable. She grew up believing her value was tied to the amount of money she earned. However, she decided to not seek her value in other people’s opinions and to value herself for who she was.

Nselaa says that she was a talker as a child, and could go on for hours on end. She knew she wanted to be an attorney from the time she was 8 when in the 3rd-grade play, the opportunity to play an attorney came up. She fought to get the part and was brilliant at it, arguing just like an attorney! She also wanted to stand up for people by becoming an attorney.

Growing up in a black community where her sentiments and opinions were echoed, Nselaa found, through her travels, that the rest of the world held different views. She would also remember stories or movies in which black people were mistreated by older white men, causing her to feel anxious in such company.

However, she realized that she needed to step out of her circle to create new experiences like she did when people in Italy and Africa complimented her on her figure which her community called her fat for. “Sometimes we have to go outside of our circles to be able to experience what real beauty is… be able to experience… other aspects of beauty”, she notes.

Nselaa was afraid to share her story for a long time because she thought people would judge her for her past. However, as an attorney, the legal community investigated her life and made her story public before she was ready to. “I realized I had to tell my story before everybody else tried to tell my story”, she remarks. It took her therapy, coaching and spiritual work to feel ready for it.

Through those steps, she learned many tools that helped her process her emotions better, compared to the unhealthy bottling up she did for a long time. She now shares those tools with her two sons to help them become more in tune with their emotions. Helping them also allows her to go back and heal some of the unhealed parts of her childhood.

Nselaa’s business architect firm helps SMEs to take their businesses to the enterprise level. They conduct an audit of the 10 pillars of business, and partner them to create a strong business model for the company, helping them become thought leaders in their industry, manage time, retain customers, create a digital revenue stream and build an authentic enterprise.

Reach out to Nselaa on her website, social media or by texting +404-410-0200. You can also enroll in the program ‘8-Step Method to Preventing Misplaced Fear’ to help people build cultural sensitivity to issues in the world.

Nselaa Ward was raised by a mother addicted to crack cocaine and became a sex worker at the age of 12. In this episode, she shares the story of the resilience, insight and spiritual development it took to overcome the challenges her life presented and become a successful professional.

Have Some Fun with Luis Gonzáles