E39 Have Some Fun with Luis Gonzáles 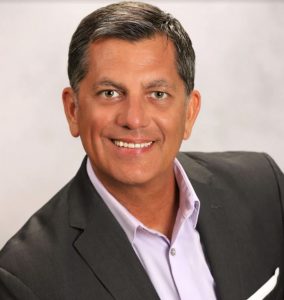 Collaboration is key: A Mexican-American communications consultant shares advice on how to cross intercultural barriers in personal and professional settings.

Currently, he works closely with CEOs, leaders, and individuals, positively impacting business outcomes through effective communication in global, multicultural, and remote work team settings. He is a keynote speaker and is a member of the Association for Training and Development (ATD), Association of International Educators (NAFSA), and the Society for International Education, Training, and Research (SIETAR).

Luis has been working with Fierce, Inc. for the past 5 years. Originally from Los Angeles, California, Luis has lived and worked in India, México, and Brazil. Bilingually fluent in both English and Spanish, he is also comfortable with conversational Portuguese.

As a Mexican-American, Luis Gonzáles had varied cultural experiences in his personal and professional life. Listen in on how he assimilated his cultural know-how into his work as a cross-cultural communications consultant.

Luis is a 2nd generation Mexican-American, whose grandparents crossed the US-Mexico border on foot. He was raised with their working-class hard-working ethic, one of “you got to pull yourself up by your bootstraps”, which he is thankful for.

His parents divorced when he was little, and each remarried an African-American, so Luis grew up culture-curious in a confluence of Latin-American and African-American cultures in Compton, California, a cosmopolitan city. He went to a Roman Catholic school, which was also a significant influence in his upbringing.

Luis began his career at The Ritz-Carlton and worked his way from a busboy to a management trainer. He has been impacted by their people-first philosophy, the empowerment given to each employee to be directly accountable to guests, the equal treatment of guests and employees, and the culture of excellence in customer service.

Luis says he has always been passionate, energetic and loud, and struggled in school because of his hyperactivity. He now works on his communication style in the business world to make sure his energy doesn’t come off as impatience, and his passion isn’t mistaken as pushy.

Luis grew up in a household where the children would serve themselves and have relatively unsupervised meals. When he was invited to eat at his friend’s house in an English community in Long Beach, he found himself constantly being reprimanded for his table manners. He later realized that those were cultural and class differences, not shortcomings of his upbringing.

Luis admits to being guilty of “code-switching”, speaking with different body language and intonation with Spanish speakers compared to American English speakers. However, he says that gesticulating and raising one’s voice is more permissible in the Mexican culture, and he therefore has to exercise restraint in the American context.

Working for close to 7 years in India, Luis realized that the top-down hierarchical leadership style did not sit well with him. When Indian expatriates would come to the USA to work, he had to train them on the American style of open and direct communication. He finds that while some Indians prefer their own culture, many take to American culture like fish to water when they move to the USA.

Luis cautions people who are serious and business-focussed that he prefers to have a little fun when working. “I love working in collaboration with others, sharing ideas and even having my own ideas shot down with a better idea”, he remarks.

Luis recommends people enter conversations with curiosity instead of wanting to prove their point. Reach out to Luis on LinkedIn for more such insights. Also, visit Fierce, Inc.’s website for free resources on improving your communication for better results.

Luis Gonzáles grew up with many different cultural influences – Mexican, American, African, and Roman Catholic. To these he added cultural lessons from his travels and long career at the Ritz Carlton to strengthen his cultural expertise. He now incorporates his nuanced understanding of culture into his work teaching businesses to communicate their goals effectively.

Not Afraid Of No with Nselaa Ward