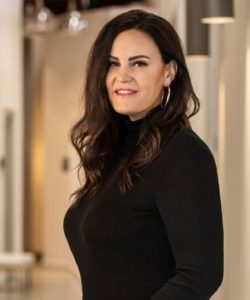 Be A Magic Maker: A corporate executive turned spiritual coach shows us how to bring magic into everything we do.

Amy Lynn Durham is the author of ‘Create Magic At Work’ and the Founder of the ‘Create Magic At Work’ Membership Group. She is a U.C. Berkeley Certified Executive Coach and Emotional Intelligence Practitioner who spent years in the corporate world successfully managing hundreds of employees for private and publicly traded companies.

As an expert in building positive company cultures, Amy designed Create Magic At Work to bring a variety of services and strategies to aid in cultivating teamwork and harmony to improve profits and employee morale through Executive Coaching, Workshops & Virtual Group Coaching Sessions.

As a corporate executive, Amy Lynn Durham did not feel she was being herself. Listen in on how she discovered the path to authentic self-expression by combining the magic of spiritual and emotional intelligence.

Amy’s childhood was defined by her not having an opportunity to make herself heard. She defines the atmosphere at home as conflict-avoidant where her issues were swept under the carpet. Later in life, she had to have her thyroid gland removed and she attributes that health issue to not knowing “how to properly use my voice, how to properly set boundaries” in childhood.

Amy was born into a middle-class, hardworking family and she credits them with her strong work ethic. However, she also struggled with perfectionism due to the underlying implication that she had to get straight-As, that “you’re not worthy if you.. get a lower grade”.

Raised in a large farming community in central California in the mid-70s, Amy says that her worldview was limited. She also claims that being raised Christian sowed the seeds of a divided self which she had to leave behind at home because she considered herself more spiritual than religious.

Travelling for work later in life helped her experience different cultures and expanded her world view. She also was able to own her spiritual beliefs and express them confidently. Being a woman in the corporate world shaped her leadership skills and helped her acknowledge that women and men experience professional life differently.

Amy says she was born an introvert who was “super happy hiding in my room reading books all day or playing very quietly”. She thinks this may have to do with her fear of expressing herself and of not being a high achiever. She has been able to express herself more as she has grown older, aided by the leadership opportunities she was given in the corporate world.

Amy realized that what her Christian upbringing taught her about right and wrong and good and bad people was different from her spiritual self-expression that all humans are one. She recognizes that viewing others as different creates “a false sense of safety within the body and within yourself that ‘no, I’m not like them’.”

Amy asks anyone working with her to trust her and the process to help them uncover their true selves. She likes working with clients who “are looking for higher meaning, looking to improve their ability to access the unconscious aspects of themselves and live a richer and more creative life.”

Visit Amy’s website to get coaching, join her membership group and access enjoyable tools to use at the workplace. Be sure to read her book to fill your work life with magic and spark your creativity!

Amy Lynn Durham lived a divided life where her rich inner self and outer corporate selves never met. It was only after life circumstances made her rethink her self and context that she began to incorporate some of her spiritual and emotional practices into teambuilding and saw the results they had on the people she was in charge of managing.

Due to health challenges that resulted in her almost losing her life, Amy decided to move from corporate world success to entrepreneurial success as she learned to negotiate the business landscape as an executive coach. Bringing her business acumen, spiritual intelligence (SQ) and emotional intelligence (EQ) to the table as her whole self and in her own voice, Amy has successfully guided other ‘divided self’ executives onto their own paths to authenticity and purpose.

Connection and Community with Benedict Beaumont

Have Some Fun with Luis Gonzáles