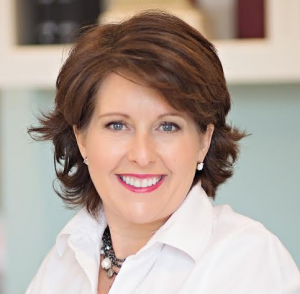 Lisa Earle McLeod is a Strategy Consultant, Founder of McLeod & More, Inc., and author of five books, including her bestseller, Selling with Noble Purpose: How to Drive Revenue and Do Work That Makes You Proud. A global expert on purpose-driven business, her work has been featured in Forbes, Fortune and The New York Times.

Lisa Earle McLeod adds a deep desire to make a difference and a search for meaning to her extensive background in sales and consulting to create a workplace where both money and a difference can be made. Listen in on how she refocuses businesses on innovating to make customers’ lives better.

In the middle of third grade, Lisa and her brother went to Hawaii with their mother to stay at their aunt’s home. They enrolled in a small school for a month, where they stood out for their blond hair and blue eyes. Since the town did not have television, the local kids had never seen white people. Lisa had gone to a diverse elementary school, so she was surprised at how curious they were about her. However, she remembers the “amazing experience of being the odd one out and being welcomed graciously” and has worked to extend that to any minority in her life.

Lisa was 14 when she got her first job at Doughnut King, a chain of 3 stores run by a first-generation Vietnamese immigrant. After a while of working there, she was entrusted with running the store alone. On one Saturday, a group of firemen purchased all the doughnuts in the store. When the owner returned, Lisa loved the look on his face as he excitedly counted the money in the cash register. This inspired her to begin on her journey of “helping people make money” as a confident salesperson.

Lisa was born into a middle-class family to white college-educated parents. There was a palpable disdain of wealthy people in the neighbourhood she lived in. They spoke negatively about the character of those people who left the neighbourhood to move to fancier areas of the city. She realized that she needed to upturn that belief about wealth because “everybody wants it but then we have disdain for it”.

Lisa’s mother was a science teacher and an atheist. However, Lisa always felt drawn to the spiritual world and she joined a faith called Unitarian Universalism. One of its core principles was to believe in the inherent worth and dignity of every person, which has taken root in Lisa’s life and is a tenet she lives by. She believes that a leader should be a moral center for others and point them in the right direction.

Lisa claims she is an extrovert, a storyteller, and a seeker of solutions. She strives to see the deeper meaning and connect the dots. With time, she has learnt to become a better listener and be more concise and open-hearted in her communication.

Lisa comes from a family of “over-talkers” and is used to people speaking over each other at dinner. When she went for dinner to someone’s house where they did not speak at all, she felt uncomfortable. However, when she visited a house where dinner conversations were structured and parents facilitated and answered their kids’ questions, she aspired to having such dinners in her home.

Lisa claims that her best clients are those who have valuable offerings for their clients and want to:

Working with Lisa usually involves 6-9 months of assessments of where the company stands, some consulting about their purpose and message, and some behavioural work at the executive and frontline levels. 12-18 months later, her clients have won industry awards and awards as the best place to work, doubled their revenue, and had their pick of top talent.

Lisa gives a great example of different departments reaching a negotiated space by stepping into a place of uncertainty. Disney has 4 key pillars, 2 of which seem in conflict with each other – safety and show. While the show people would like for Tinkerbell to jet around the park with a wand on fire, the safety people would like her to be on the ground with tennis shoes and a flashlight. However, a place of workability is reached because “their end game is not safety or show, their end game is magic for the guests.”

Lisa recommends downloading and using the whitepapers from her website to incorporate noble purpose into your business!

Making meaning of the mundane: A strategy consultant shows how to make both our personal and professional lives purposeful with nobility.

Lisa McLeod comes from a background of sales excellence. She went from a Sales Director at Proctor and Gamble to the VP of Sales for a training and consulting firm and then became a business owner and author. Wanting to show how sales as meaningful dialogue has results that help the client have a better life and live in a better world, Lisa has demonstrated over and over with her customers that noble purpose consistently outperforms sales as a transactional technique. Over the years, Lisa perfected her selling with purpose methodology into a book by the same name. That book is one of a suite of five must-read business books Lisa has written to great acclaim.