E70 Staying Is A New Adventure with Doni Aldine 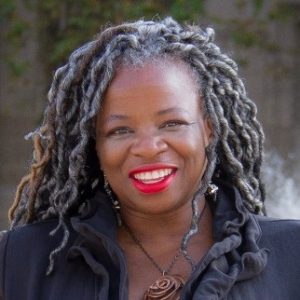 You’ll always find your way back home: A multicultural Trinidadian-Costa Rican explains how she has made the world her home.

Doni Aldine is a globally mobile Afro-Latina and first-generation American who, by age 19, lived in and identified with seven cultures on five continents. As Founder and Editor-in-Chief for Culturs Global Multicultural Magazine, Doni is passionate about creating a community for cross-cultural populations.

She has extensive global experience in communications, media and marketing for organizations both large and emerging. She has presented around the globe as a keynote, at conferences, at major universities and in major media outlets. Doni also developed university curricula for global culture identity and is on faculty in Journalism and Media Communication at Colorado State University.

Doni Aldine is passionate about creating a sense of belonging for people from cross-cultural and third-culture backgrounds. Listen in on how she integrates her insights and experience in her work as editor-in-chief of Culturs Magazine and a professor of Journalism and Media Communications.

Doni’s mother is Trinidadian and father, Costa Rican. She was born in NYC, lived for 4 years in Trinidad and Tobago then moved to Spain before travelling all over the world. Her family moved around a lot because her father was in the military. Her mother was in the Air Force and took Doni with her to Turkey. Doni went on to go to college in Germany and lived on multiple other continents.

She recalls an incident at age 8 when she thought she would make long-term friends in school with children of military parents since they came from similar backgrounds. However, she moved to another country on her first day. For a long time, her life was defined by the fact that she was always leaving places and therefore, people.

At her homecoming dance, she was nominated for homecoming royalty and learned how she transcended how beauty determines success. “My lesson in politics was that if you’re barely attractive, just not ugly, and you’re in their face and you’re sitting there, and they don’t like who’s sitting there and who’s being offered”, they would vote for her.

Doni’s life goes beyond the Third Culture Kid (TCK) definition, and she fits into 9-10 subdivisions of the 13 that exist, whereas others may only belong to 1 or 2. She started Culturs Magazine to provide a space of understanding to those “who straddle culture, identity, nation, and in-between spaces”. She thrives in multicultural environments.

Despite having moved around her whole life, she calls one city home. “I need the rootedness, I know the restlessness”, she observes. She spoke German and French in school and is learning Spanish in honour of her father’s memory. She also speaks with a mixture of accents and words from different languages today.

Doni’s older brother identifies more with the military experiences they grew up with while Doni says, “for me, everything about me is multicultural.” She experienced culture shock when she came to the USA from Germany because even though she looked African-American, her lived experience made her very different from the other African-American students.

Doni works well with people who are empathetic, understanding, engaged and interested in others. She pays keen attention to people and aims to make them comfortable to share their stories.

All of Doni’s work “is committed to uplifting and celebrating cross-cultural identity so everyone can feel like they matter”. Culturs Magazine provides a sense of belonging to multicultural people.

Doni Aldine’s experience as a TCK (third culture kid) was born out of being in a military family, the intercultural and interracial marriage of her parents, and her mother’s career. From this mixture combined with constant moving and travelling, Doni has developed both a strong sense of multicultural identity and a feeling of home as a sanctuary and place of safety.

From Felony to Freedom with Paul Glover