E71 From Felony to Freedom with Paul Glover 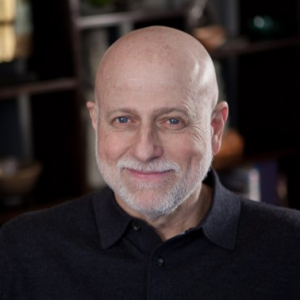 Learning to see your blind spots: A lawyer turned felon turned career coach shows how to discover one’s true self.

Paul Glover is a C-Suite Performance Coach and The No B.S. Workplace Development Coach who, for the last 30 years, has been assisting leaders and their organizations to achieve their full potential. Paul is a passionate storyteller who believes in the power of narrative to influence and educate in business, personal life and even courtrooms.

He is a member of the Forbes Council and Author of WorkQuake. He served 5.5 years in prison when he committed some white-collar crimes in his previous career as an attorney. He created a coaching program based on his experiences to help leaders become effective by facing their own blindspots and becoming accountable for their actions.

Paul Glover was a successful attorney who was unaware of his blind spots. He committed some white-collar crimes that sent him to prison for 5.5 years. Listen in on how he emerged more self-aware and ready to teach others how to see their own blind spots to become effective leaders.

Paul and his little sister were raised poor by their single mother in Florida, who worked night shifts as a waitress. He would spend summers with his father who taught Paul not to follow the rules.

Because of his grades, Paul was allowed to move to a better high school. However, he felt “out of step” with the rich kids because he was poor. He was approached by the rich kids who made it clear to him that he didn’t belong there. He got into an altercation with one such student and was expelled for bloodying the student’s nose.

Paul was offended by segregation. They had a maid who would come over every few weeks, and he recalls driving her home when they stopped at a drive-in restaurant that wouldn’t serve her. He was upset about how organizations treated people and decided that he wouldn’t let them do that. Becoming a lawyer gave him the opportunity to oppose in a way that was different.

When Paul went to prison, he intended to get revenge on those who had put him there. But after two years, he realized he needed to confront his blind spots and grow as a person. He spent the remaining time in self-reflection. His wife and sons stood by him, and he values those relationships the most. Getting married to someone he loves and having two children was a defining moment for him.

Paul’s sentence was reduced and was released early on probation. When he was in Chicago in 2001 to complete the formalities of his release, he noticed his wife very concerned that he would have a nervous collapse after having been in prison for 5 years, coming into a noisy and crowded place. However, his transition back was seamless. He refused to carry anything from prison into life.

Paul claims he was combative, confrontational, aggressive and always ticking. He was also very intelligent, which he finds is a bad ingredient with the other traits. He has added restraint to this and works to keep himself out of situations where he can be tempted down the bad path again. It also takes integrity to be able to step back. He developed empathy and compassion in prison, which he applied to his time volunteering to help students earn their GED. He regretted how he had squandered his own opportunities when others didn’t have access to any.

Paul always felt like a loner but joins a cause he connects to. He was embarrassed in prison when he was singled out for a full body cavity search and was treated rudely for sitting on a chair without permission. He received the message that he was not liked and could not afford to get into any trouble. There were some guards who “took particular delight in tormenting” him.

Pau believes no relationship can work without trust, and believes in being vulnerable and open with clients. His clients need to be willing to work through the difficult journey to self-discovery and he expects commitment and accountability from them. He invests himself in every coaching relationship and is dedicated to his clients’ success.

If you have been touched by Paul’s sharing, make sure you catch his upcoming Ted Talk, which will allow you to transform and help someone else transform.

Paul Glover’s fascinating journey from lawyer to felon and from prison to civilian life shows how he used five years of reflection to tame his personal demons into skill sets. The transformation from manipulation, command and control to inclusive and supportive leadership coaching was made possible through the anchoring love of his wife and sons, where he found the love and sense of belonging that eluded him previously.

Staying Is A New Adventure with Doni Aldine