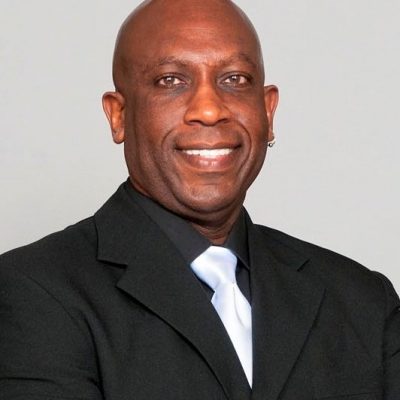 Anthony D. King was formerly the Raytheon Missile Systems’ Chief Information Security Officer (CISO) and Director of IT Security/Governance, Risk, & Compliance responsible for fostering business relationships and integrating cyber security technologies and best practices to achieve strategic business goals from 2009-2016. Anthony is now the President and founder of Associated Konsultants with over 30 years of technical and business experience in computing and engineering environments, including 20+ years’ experience in management. Associated Konsultants provides expert IT & Cyber Security consulting services with a genuine and personal interest in serving the customers’ needs.

Anthony King’s grandmother was a pivotal influence in helping him develop into the kind of leader he is today. She told him, “No matter who you are in life and what you do, always do the right thing and try to make a difference.” His quest to live up to her example has been one of the drivers in his leadership style.

Anthony’s grandmother was a primary influence. She never passed the fifth grade and was one of many children of parents of slaves, married at age 16 and was together with her husband until her death at 103 years of age! Her strongest message was, “No matter what your place is in life or who you are, always do the right thing”. When she passed away, all along the highway there were many people of multiple races lined up waiting to pay their last respects as her funeral procession passed by , because she was so honored and respected. She never expected anything, but spending her lifetime trying to make a difference created her character. And that is what drives Anthony in his decision making.

Anthony’s father taught Anthony how to listen and to speak when you have something of value to add. His favourite saying was, “An empty wagon makes a lot of noise.” When Anthony was a manager, he taught everyone to listen twice as much as they talk since you have two ears and one mouth.

Born an African American, Anthony was usually one of a few people of your colour. The further he moved up to management, the fewer the people of colour. He learned to be observant, and to be confident with any group because he had to. This created a foundation to his leadership. Anthony married a person who was not black, and his wife became very frustrated with people who didn’t understand race issues. She had to learn to be vocal when it was appropriate and to pick her battles when she supported Anthony.

Young people are a strong influence in Anthony’s life. “I keep associating with youth so my thinking stays fresh. Young people are not aware what they can’t do, we stop thinking because we shut down about what we think we can’t do. But even from mouths of babes come words of wisdom.”

Although his strongest traits were patience, being mild-mannered and observant, he had to learn to be patient with others who were not as driven professionally as he was.

The key skill for developing patience with others is to set very clear expectations, give them the resources and support they need and correct mistakes immediately.

One of Anthony’s rules from his father is that there are two times in life when doing your best isn’t good enough. That’s when more is expected and more is needed. As a manager you have to express your expectations and have a conversation about them with the intended audience to make sure they are realistic. Then make corrections immediately. This will avoid having personal feelings getting wrapped up into something that has gone on too long.

When Anthony was in Australia and working with a team, he found out only seven months later that the expression “ I’m stuffed” in Australia had a different meaning than having eaten too much, and was in fact, offensive. This experience made Anthony more aware about culture and about the importance of asking “How do you do this…” and “When this happens what is the appropriate response?”

Respect the individual enough to have the freedom and latitude to work. Assuming you have hired correctly, let them do their job. Then give them some guidelines and general guidance. Give people the resources they need and then get out of the way.

Once Anthony was told by a manager of colour that he would not get a promotion because it would look like favoritism based on race. Anthony didn’t’ like that at all, but he accepted it even though he was the most qualified person for the job. Even though he was able to access a much better opportunity and move on from the disappointment, because he didn’t speak up, for a long time afterwards he felt resentful. He learned that he needed to speak up when it was important to him. And to have the courage to do the right thing for himself, not just for others. Even if nothing changes as a result, he feels better about it when he speaks up and has done so since this experience a number of years ago.

If There Was Ever A Time For Women To Come Into Industry, It Is Now with Judy Lynn Archer