E3 If There Was Ever A Time For Women To Come Into Industry, It Is Now with Judy Lynn Archer 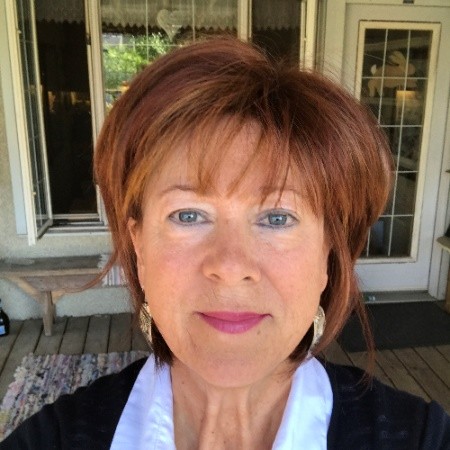 While Archer’s career included stops in the trucking industry, library science and the public service, it was with Women Building Futures that she found her passion and a means to truly “pay it forward.” For 13 years JudyLynn was CEO and founding president of Women Building Futures, an organization dedicated to helping women find employment in careers where women are under-represented. Upon her retirement from this position, she became a philanthropist working specifically to support Women Building Futures students.

In 2017, JudyLynn Archer cemented her ongoing commitment to WBF with the establishment of an endowment fund created at Edmonton Community Foundation. Her $100,000 personal donation was matched by North West Refining and Canadian Natural Resources Limited. She plans to grow the fund for the next five years to help support students with tuition and housing costs.

During her career journey, JudyLynn has collected many accolades — the Women’s Executive Network Top 100 Most Powerful Women in Canada Award, a Global TV Woman of Vision Award, a NAIT Honorary Diploma in Construction Engineering Technology, the Alberta Apprenticeship & Industry Training Chairman’s Award of Excellence, to name only a few — and brought together women who were looking for better jobs with employers who were searching for skilled workers.

On women in the trades: “Money doesn’t buy everything, but it certainly brings peace and security to a person’s heart. It’s my responsibility to get women to that point of saying – I can do it and I can make a hell of a living doing it.”

Our job at Women Building Futures is to be in their corner and find their strengths.

“If there was ever a time for women to come into industry, it is now. Men are retiring in droves and underemployed women is the largest source of employees. The issue is helping women understand and see this opportunity.” Most women don’t wake up and say “Hey I’m going to be a boiler maker or a structural steel worker.” For women, being in a trade gives a confidence you can’t get anywhere else. It is male dominated and can be challenging for the guys to accept women. But we don’t need to be afraid, because when an issue arises we can be right in there helping to solve it and then moving on.

JudyLynn’s childhood was one of unending worry. She said her parents didn’t know where money would come from and there was very little understanding or empathy about any problems she might have had as a child. She was fearful, and desperate to get out of poverty and make sure her adult life would not be like her childhood. What she took from that is that we do need to solve our own problems even if it is hard. It also positioned her to be a problem solver extraordinaire. She looked for problems in advance so to cut them off at the pass. She also learned empathy for people who didn’t have a “career path” and who don’t go to university.

By facing reality and deciding that it was up to her to make it work, JudyLynn was able to move out of her survival mentality. She learned to get a job, work and save money to ensure her financial independence and freedom. She set her mind on financial freedom as an antidote to the experience of childhood poverty. JudyLynn’s first career choice was trucking which she got into because that is what she knew. It was a wonderful profession and she loved it. She learned that women can do anything they want to do if they put their minds to it. From her next career of library science, which she also loved, she got to work with career counselors in government, and it made her wonder what she might have done differently. Those experiences led her to Women Building Futures where she really felt like she had “come home.”

The first time JudyLynn heard the vision of the Women Building Futures founding members team, she realized that all her career had led to this moment. She found herself being able to offer something that no one else could do. In retrospect, she said “When a career opportunity comes up we are either well prepared and can take advantage of it, or we don’t recognize it. Finding your career path is part luck, part timing and part preparation.”

Programming at Women Building Future is not just learning the trade, it is about evaluating the workplace culture. Helping women understand the social norms and knowing that they will have to intentionally fit in was a conscious cultural choice for JudyLynn. Men and women perceive the world differently and solve problems differently. Walking women through what we know about male work culture helps them to negotiate the differences. We help them work side by side with men who don’t always understand that what we bring to the team and how we are all better together.

Tenacity is JudyLynn’s main trait; once she has decided to do something, nothing can stop her. She combines that trait with tolerance, empathy and a non judgmental attitude towards others. She has also made a conscious effort not to judge others. She says, “Judgment seems to be part of the human condition and we need to be aware of it and work against it.” She had to learn to be helpful to others and to ask for help. Shen she started working with WBF she had to adjust to being more empathetic. Before WBF everything she did was getting financial security. When she met WBF it took a while for her inner sense of empathy to kick back in, and to learn how to work effectively with a large group of women.

JudyLynn says she was very hard headed and business oriented, made decisions by herself and kept moving towards the goal. When working with social workers she found it challenging to work collectively, listen, reflect – it was both the most frustrating thing and the most exhilarating. The first graduate from the program changed JudyLynn’s life. It brought back her own young life and saw how much a small opportunity can mean to a woman who has never had any.

“Don’t dismiss what senior employees can offer. Even though I’m officially a geezer, I hope that employer will believe that my long life of experience has value and recognize that I have something of value to bring.”

There is a big difference between people who are surrounded by family that encourages and engages with them and for people who don’t have that. I have empathy for individuals who are struggling. I learned not to judge people, believe what they say about themselves and go on from there to work together.

Grandmother’s Rule: Always Do The Right Thing with Anthony King

Leadership For Introverts with Yvonne Chiu