E19 How To Do Good with Andy Knight 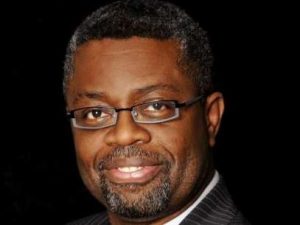 W. Andy Knight is a professor in the Department of Political Science at the University of Alberta. He serves as Advisory Board Member of the World Economic Forum’s Global Agenda Council on the Welfare of Children. Knight is the author of several books and journal articles on peace and the United Nations. He is currently co-Editor-in-Chief of African Security Journal.

A past Departmental Chair at the University of Alberta and former Director of the Institute of International Relations (IIR) at The University of the West Indies (UWI), Andy has had a distinguished career as an academic and scholar in Canada. He co-edited the journal, Global Governance, from 2000 to 2005, during which time he was Vice Chair of the Academic Council on the United Nations System (ACUNS). He was named a Fellow of the Royal Society of Canada (FRSC) in 2011 and was a Governor of the International Development Research Centre (IDRC) from 2007 to 2012.

Andy Knight comes from a family of religious preachers, politicians and musicians. He brings his multi-dimensional personality into his work as a political science researcher and humanitarian. Listen in on how he is unraveling all the world’s problems, one heart at a time.

Andy grew up in Barbados, a beautiful and peaceful island in the Caribbean at a time when it had recently gained independence from the British Empire to become a sovereign state. He grew up in a loving family of mixed ethnicities where equality, justice, fairness and morals were valued and colour differences didn’t matter.

His father was a Minister in a church. Because his work needed him to travel often to different countries, his mother decided to be a housewife to bring stability to the home. His uncle was into politics, and Andy grew up in a political environment, with exposure to many role models from the United Nations. He aspired to be like them which drew him into the work he does today. The charisma and influence of religion and politics inspired him to want to help others in his life.

Music formed the background score of his childhood and was central to his family. His father played the organ in the church while he sang in and conducted choirs and played the piano with his brothers. They formed a band in the likeness of Jackson Five. They even performed as a stage band for a Saturday children’s radio show called The Auntie Olga Show. This instilled discipline in the children and gave them the coveted ability to play by ear.

Growing up, he had been very interested in drawing and would draw all over the walls in his house. When he moved to Canada, he completed the necessary education to enroll in an undergraduate fine arts program with focus on specializations like drawing, painting, sculpture, photography and copper etchings. He honed his creativity at university while his teachers impacted him with their impressive skill levels and traditional approach to the arts.

Wanting to do good for others, he became a member then President of the student union, becoming the first black person to hold that office and to garner the most votes ever in the history of the university. He worked to understand the issues of students from different cultures and rallied to bring about justice. This led him to become the Secretary of the Canadian Federation Of Students and the Vice President of its Ontario wing. This experience taught him about the differences between management and leadership and developing a vision.

Being a part of a large family taught Andy how to mediate conflict and live a morally sound life. He states, “Being a part of a large family… you have to more or less learn how to listen to each other, you have to learn how to consult on doing almost anything you want to do.” His father believed that children must be taught lessons which will stay with them even when they are older, and he believes that those lessons become one’s inner voice. As a parent himself, he tries to emulate his parents’ purposeful approach to training them to avoid detrimental choices while also giving them creative freedom and hoping they choose the right path for themselves.

From his family, he also learned lessons of equality. He and his brothers initially started out with an all-boys band but eventually let the sisters in due to their tenacity only to realize they brought with them skills and understanding which made the music better. His grandmother was of Irish descent and therefore lighter-skinned, but they loved her all the same and learnt not to discriminate on the basis of colour. “We need to make sure that people are respected for their talents and abilities regardless of their gender and regardless of their colour of skin,” he remarks.

Marrying a Persian reinforced his father’s lessons of acceptance of different people and their cultures, religions and personal choices. His children have become comfortable with both Barbadian and Persian cultures and communities and have developed an ability to adapt to both, since many similarities exist in values, creativity and freedom to be oneself.

Andy claims that he has always been pensive and inquisitive. He observed, questioned and then made decisions, refusing to accept things at face value. This helped him become a mediator in family conflicts and as an academician. He values being reflective and make meaningful choices.

He claims he learned to become a gregarious political advocate to communicate with people better and balance that with this artistic, insular self.

When Andy was working with refugees in Ghana, he met child soldiers who had been trained to commit atrocities. He became less judgemental of their acts when he learned that they had been forced into such behaviour. He believes, “We can find the good in people – regardless of what their backgrounds are, regardless of where they come from, regardless of what they have been exposed to – you can still find the good in them.” His work is inspired by the search for reasons why young people take to crimes and how they can overcome these challenges and re-integrate into society.

Andy says that an employer must be willing to accept that he brings many multicultural dimensions to his work – “I’m not just a political scientist; I’m an artist, I’m a musician, I have multiple personalities.”

Andy is currently co-editing the African Security Journal. Read the articles to understand how this rich continent with great diversity and strengths is rapidly changing due to post-colonization effects and insecurity. The African Security Journal aims to bring conceptual and theoretical thinking to real world problems and practices. Andy has also extensively studied female suicide bombers and is writing a book on female suicide bombers who did not detonate their bombs.

People over Politics: A Barbadian-Canadian political science academic shares his life’s work on looking at people for who they really are.

Andy Knight has taken the foundation of multiple group influences and forged them into a leadership style that makes him a sought-after intellectual with a reputation for problem-solving.