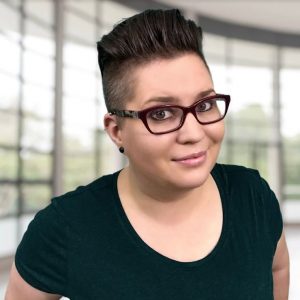 Dr. Karlyn Borysenko is the founder of Zen Workplace as well as the Chief Science Officer of RallyBright and works with teams all over the world to build better work experiences. An organizational psychologist and executive/performance coach, she is a leader in integrating mindfulness strategies at work to increase productivity and creativity, reduce stress, and create better work experiences. She is based in the Greater Boston Area and serves clients all over the world. She holds an MBA and a PhD in Psychology, and is an experienced trainer and facilitator, coach, and award-winning speaker. Karlyn is a contributor to Forbes.com and the author of Zen Your Work: Create your ideal work experience through mindful self-mastery.

Karlyn cares deeply about people having a good overall experience at work. She began her practice focusing on positive psychology and found her way to mindfulness through it. From being a mindfulness skeptic, she transformed into using mindfulness strategies with her coaching clients, finding success in helping them become happier at work using ways to “personally empower themselves rather than looking for validation and empowerment from other people”.

As a small-town girl from Vermont, Dr Karlyn Borysenko learned how to be the biggest version of herself as she went through life. Join her as she shares her journey of integrating mindfulness practices with honesty to create a career in improving people’s work lives.

As a child, Karlyn was the black sheep – in her family and at school. Being in a small school where everyone knew everyone, Karlyn stood out prominently and she grew up learning to fight for her place in the world, learning along the way how much control she had over her life. She carries this spirit into her work today, fighting for people to help them take control of their situations by believing in them.

Being the black sheep gave her two choices – to merge with the crowd or embrace what made her unique. She chose the latter, finding freedom and power in not looking for the approval of other people. However, she observes that many of her clients pick the former approach and “they end up repressing so many of the great things they could be contributing to the group because they are afraid of what other people are going to think”.

Karlyn was born to a happy couple in a nuclear family in a small town. However, she didn’t ascribe to a lot of norms that white women like her followed – in a place where education was not valued, she defined her life by going after education. She has always been true to herself and has followed her heart.

She married into an immigrant family. She also associates with the community of knitters. However, the spiritual groups she is involved in have had the most profound impact on her work today. Not being raised in a particularly religious way, she took a fascination with Buddhism as she got older, which is reflected in the influence of Zen in her work. With time, she became involved in communities which conducted spiritual dialogue, and their conversations on God, miracles and philosophy impacted how she sees the world. She likes being spiritual as opposed to religious because many religions are about exercising control over how people think. However, “when you engage in a more spiritual perspective, really, the only authority you need is your inner self,” she remarks.

Karlyn has always been a truth teller, though she has not always received positive feedback for it. She used to be brutally honest, believing that if it was the truth, she didn’t need to filter what she was saying.

When she took the DISC personality test, she learned that her truth-telling tendency was doing more harm than good and that she wasn’t communicating as effectively as she could have. Her mentor also taught her that, “It’s not about being right, it’s about being effective.” She has now learnt to articulate her message in a way that people are better able to receive it.

When Karlyn went to Boston University, the busy, wealthy and diverse city was a stark contrast to the small lower middle-class town of Vermont she came from. She believes it was one of the best experiences of her life. Her college friend taught her that she could do whatever she set her heart on, which was a revelation to her because she thought she needed to follow the traditional path of life. “Just because you have an inclination to do something different than what the group is doing, it doesn’t always mean you know you have that option available,” is how she puts it. She helps her clients who are stuck with the same reasoning to make a difference to their jobs, their careers and their lives by helping them ask for what they want.

Karlyn was using RallyBright’s tools in her practice with clients before she was approached to be a partner. She had a conversation with the CEO about not giving up her business and that was received with an open mind and willingness to accommodate, which she greatly appreciates. She also prefers being on the same page when having discussions. “The most important thing is you understand the perspective of where the other person is coming from and you try to work with it,” she states.

Visit her website, www.zenworkplace.com, listen to her podcast, No BS At Work, and read her book, Zen Your Work for more great insights. You can also participate in her Zen Workplace Community discussions to talk about issues related to work and learn how to integrate mindfulness into the workplace.

Authentic Conversations about the World of Work: An organizational psychologist teaches us how to keep the BS out of our workplaces using mindfulness.

Dr. Karlyn Borysenko used her natural tendency to speak her truth and get to the heart of the matter, to focus her talents as a career and workplace coach into a successful business. She also learned in the process that surrounding clients with a sense of safety helped them to speak their own truths.

How To Do Good with Andy Knight

COVID-19 Helps Us Focus on What Matters