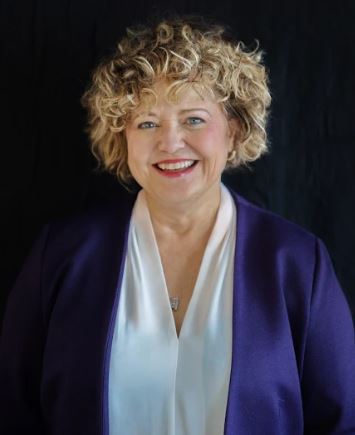 Janine Brisebois, BSC, RMT, M-NLP, is an MC, speaker, facilitator, author, successful entrepreneur, business professional in sales and training, and a personal consultant with decades of success. Her studies in psychology, neurology and communication allowed her to dedicate her life to serving people as a rehabilitation counselor, educator, injury control coordinator and registered massage therapist.

It is in the massage room where Janine compiled her knowledge into a dynamic system that identifies trauma in the nervous system and works to release it quickly. She became a master at how thoughts trigger one’s health and wellness – emotionally, physically, socially, and neurologically. She believes we are made up of at least 7 Dimensions. Her passion is to assist leaders to become aware of these dimensions and thereby empower their teams, reducing attrition and creating cultures based on trust.

Janine Brisebois’ life is defined by her curious nature. Join in to learn how she has unravelled life’s lessons by asking the right questions.

Janine was born with a medical condition which forced her to spend time in the hospital away from her family. She noticed that the other children had different experiences than she did, since some were sicker and some better than her. She developed her curiosity from that young age, wanting to know more about those children.

Janine grew up on a farm, which became the basis of many actions she took in life. She shared a poorly insulated house with her 7 siblings and parents. There was no electricity, and running water meant running to the well! They raised animals such as cattle, chickens and pigs for slaughter. This part of her survival experience piqued her curiosity about the workings of the body and made her thirsty for knowledge.

When Janine held a warm heart of a cow for the first time in her hands, she was amazed at the bunch of muscles which kept such a large animal alive. She says her father “was phenomenal at answering questions in a respectful manner”. Even though he didn’t always have the answers, his approach encouraged her to view life, always questioning what everything meant, for herself, for others and through their perceptions.

Around age 12, Janine began massaging people and thus began noticing how the musculature of human animals was different to their non-human counterparts. However, when she graduated high school, she wasn’t allowed to study massage therapy since it was not viewed as an honourable profession. She went to university for a science degree instead, where she studied psychology, the brain and the nervous system, dissecting brains to understand how they related to the rest of the body.

When two of Janine’s younger sisters drove a car into a dugout, they almost drowned. While people were trying to pull the car out once the girls were safe, Janine noticed the otherwise noisy geese on the other side of the dugout quietly observing the entire time. She recalls, “For me, they were just birds, they were just food. And yet, they could sense.” She wondered what about the stressful event had impacted the geese enough to change their behaviour, further fuelling her curiosity.

Janine was born into a French-Canadian family living in a rural farming community which was English. Her parents faced discrimination and travelled often for social activities to the French community located a distance away. As a young child, Janine was curious about the reasons behind this rift. She and her siblings were also discriminated against because their French was not perfect.

She grew up in the Catholic Church, and her house was often the gathering place for breakfast. Though her mother didn’t share her father’s social nature, Janine was curious about the lives of everyone who came home. Faith played an important role in their lives, and the community prayed together to get them through the difficult times they faced as farmers.

Being a life learner, Janine has joined many different groups to satiate her curiosity. Though she has learned a lot about people this way, she looks for a different group to join “if the group isn’t learning and growing.”

Janine has always been a curious person, but people called her nosy. She is also a kind person and believes in giving to the best of her ability, to any situation or person. She admits to occasionally having a bad temper. Through her studies, she has developed an understanding of people and a deep respect for them.

Janine is animated in her joy and excitement, and her self-expression is always authentic and honest. However, she has been asked to tone that down by people who are not as “explosive” as her in a state of happiness. Janine is firmly of the opinion that “they don’t know how to have fun”!

Janine would stay at jobs till she had learned what she wished to, then would move to a similar job in a different location to have new experiences. She found that the people in all the places she lived in – Yukon Territory, Saskatchewan and Alberta – had different cultures and lifestyles from her and from each other.

Janine advises that the best way to work with her “is to be open, first and foremost”. She works to unearth problems and help find the right solutions. Only by being receptive can organizational leaders learn about the concerns of their direct reports to reduce the attrition rate and achieve success. “Stop being disconnected from the people”, she urges.

Janine conducts one-on-one and group workshops for people to make the most of their personal and/or professional lives. She is also in the process of developing self-exploration workshops for young adults to help them carve their paths ahead. She is devoted to empowering her audience to shift their mindset from lack to abundance, to rediscover their dream and to act on their beliefs to achieve the life they truly want.

Inside Out: A French-Canadian business professional shares the wisdom on the miracle of life and death she gained by examining the bodies of animals on her farm.

When Janine Brisebois experienced holding an animal heart in her hand and seeing lungs expand, she added this understanding of how the inner workings of nerves, muscles, ligaments came together to a deep understanding of how to work with people and help with their physical and health issues from the context of the universe and the human spirit.

Further from Football with Alex Molden

Everything Is Under Control with Martin Kerr