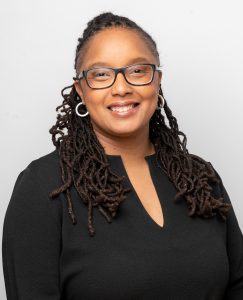 We are all different, we are mixed: An African-Arab communications specialist shows us how to celebrate our diverse cultural influences with pride.

An enthusiastic global citizen with a passion for writing and telling an authentic story, Sabra Saleh is a Communications/Public Affairs Specialist who had the privilege to gain local and international experience in North America, Africa, and the Middle East. With a career spanning over 15 years, she developed skills to communicate at all levels of an organization with internal and external audiences in private, public, and non-profit sectors.

As a multilingual African-Arab, Sabra Saleh has always assimilated into the cultural groups, wherever she went. Listen in on how she establishes relationships using language and curiosity to support her.

When Sabra was in Grade 4 in Abu Dhabi, she had joined a school that had a majority of Arabs, Indian and Pakistani students, who would gather in separate groups during break time. Being African-Arab, she approached the Arab students and spoke to them in Arabic, who became her friends. She had also taken Hindi lessons in her previous school, and told the Indian students she understood their language, culture and movies, which made them become her friends too.

Sabra has short, curly, coarse hair which when left open stood up in a bushy hairstyle. For an annual performance in a school with a predominantly Indian crowd, she was asked to have her hair down with a hairband. She was worried about the hairstyle requirement when her mother told her that her hair represented the ethnic mixes in her blood and that she should carry it with pride. Ever since, “I don’t change myself to accommodate the expectations of where I’m going”, Sabra shares.

Sabra’s family is from Yemen, she was born in Tanzania, and she moved to Abu Dhabi with her mother at age 6. She went to Cyprus and the USA for university and moved to Canada in 2012. She speaks Swahili, Arabic and English, and has a fluent understanding of Hindi. From her African and Arab cultures, she has learnt a “sense of community and doing things together” and hospitality, making people feel welcome and comfortable and being approachable, personally and professionally.

Her profession of communications has taught her patience towards changing circumstances and mistakes, and flexibility to adapt when needed. She is comfortable setting expectations for new employees and also shares that she is available to offer support. “The profession itself has really taught me to be organized but at the same time, be flexible and patient enough to change course”, she observes.

Sabra claims that she has always shown patience and understanding in her personal and professional life, and credits patience with sticking to the career despite tumultuous circumstances. It also helps her deal with crisis communications. However, she also finds herself “being sent to the line of fire” because of her patience. She has noticed that her politeness and courtesy often get misunderstood as diplomacy.

When Sabra was at university in Cyprus, students of different cultures would share meals together, a practice consistent with her upbringing. However, when she was at university in the USA, she was shocked that a student ordered a pizza in the common room, ate it by himself, and then tried selling the leftover slices for a dollar each. She also struggles to address older adults by their first names in North America, something considered disrespectful in her culture.

Sabra places value on getting to know people and understanding where they come from and emphasizes the importance of casual conversations which help dispel stereotypes. She shares an incident when she was working in Senegal for a company headquartered in Ottawa. When she went to Ottawa for an annual meeting, her local colleague offered to teach her skating but didn’t know that Sabra already knew how to skate.

Sabra recognizes that even though she has been able to adapt to Canadian culture easily, others may not have the same experiences. She recommends asking newcomers questions about their backgrounds to help them bring their whole selves to work. As a Muslim woman, the first thing she does when she joins a new job is inquiring about spaces to pray. Her religion has also taught her that “you help whoever you can regardless of who they are – don’t discriminate groups”.

Sabra Saleh has infused her life with the teachings of her cultural and religious influences to accept her true self and encourages others to present their true selves, personally and professionally.

Grace Under Fire with Anthony Hayes