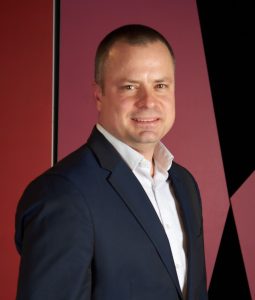 Dream Audaciously, Serve Generously, and Grow Magnanimously: A business owner and executive coach shows how giving love is the greatest way to be a leader.

He is also the Owner of the 4th generation family business, JAK’s Beer Wine Spirits in British Columbia. When Tim is not coaching executives, he can be found coaching youth soccer and football in Tsawwassen, BC where he resides with his wife, Stephanie, and their six children.

Tim’s foray into executive coaching was due to his desire to share the results his executive coach had made possible for his business. He has implemented a coaching culture at JAK’s, ensuring that he enables every employee to maximize their potential, personally and professionally.

When Tim Dumas’ business needed a change in direction for expansion, he hired an executive coach. Listen in on how he was inspired to become an executive coach himself and discovered that the key to leadership is magnanimity.

As a child, Tim played football with his parents and fell in love with the sport when he saw his grandfather on TV rushing out onto the field to help his favourite injured player as the team doctor for the BC Lions. His grandfather taught him the value of faith, family and football in that order, and he hopes to be making as much of a difference to people as his grandfather did as a doctor.

Tim was born into a church-going Catholic family, where praying together brought them closer, and he tries to emulate that with his children. He finds that most religions focus on what Steve Farber calls the ‘Greater Than Yourself’ concept. His company, Servus (Latin for servant) Leadership aims to contribute to the greater good by serving the community.

Playing football on his high school team helped him become the person he is today. At his last high school game, when his team lost in the playoffs, his coach came up to him and said, “There’s one day that you will leave the game but the game will never leave you”. He carries the spirit of teamwork, trust and work ethic he learned from that time into his work, and coaches other kids on the same.

Entering his family business, Tim had to accept a pay cut but he discovered a lot of support and love, two things he works to ensure in the company even today. When he joined MacKay CEO Forums as a Chair, the Founder, Nancy MacKay, gave him a bear hug instead of shaking his hand the first time they met. He was inspired by her love that guides even difficult conversations in the workplace.

According to the ancient classification of temperament into four categories (sanguine, choleric, melancholic, and phlegmatic), Tim claims that he is 50% choleric (energetic, enthusiastic and quick to take action) and 50% sanguine (thinking about people in every situation). However, being sanguine also means he aspires to please people, and he works to overcome that during decision-making.

He tries to take time to sit in silence to contemplate his actions and uncover creativity and meaning instead of jumping into them quickly. However, he finds it difficult to meditate. “It’s amazing what comes into your mind when…you don’t have the radio on, you’re not checking your email, you’re just thinking”, he notes.

While at JAK’s, Tim was taken aback by one of the regional managers who reported to him, challenging him with questions. However, he realized that the regional manager was different from him in a good way, asking questions that would never have occurred to Tim due to his temperament and personality, but that caused him to grow.

Tim has a growth mindset and responds well to motivation. When he first joined MacKay CEO Forums, the Founder, Nancy MacKay, told him that she could foresee him doing great work with the organization. He believed that “if she built me up, she knew I had the personality that I would work as hard as I could to prove her right.”

In 2013, the business Tim was managing completely burnt down, profoundly changing the way he cared for people. Since operations couldn’t resume soon, he asked his staff members to bring him their resumes the next day which he distributed to everyone in his network to find them work. Five years later, when another business burned down, he continued with the same people-first focus.

Tim aspires to hire people from different backgrounds to bring a diversity of perspectives into the workplace. He is of the opinion that it is important to surround oneself with people whose views differ from one’s own. He also empowers them to feel comfortable in challenging the status quo, “asking the right questions”, as in John Maxwell’s book, Good Leaders Ask Great Questions.

Tim loves connecting with people through one-on-one coaching with Servus Leadership, peer group coaching with MacKay CEO Forums and public speaking engagements. He urges businesses to value coaching just as athletes do, to help bring them to the greatest levels of success. He looks forward to interacting with people who define leadership as magnanimity, bringing out the best in others.

Tim Dumas is a motivated, energetic and competitive person who has lived his life purposefully and with intent. His business success and attitude towards continuous learning have earned him an enviable position both as a business influencer and an executive coach. Tim’s philosophy of magnanimity and service align perfectly with the generosity of spirit he shows in all his interactions.

Tell Me a Story with Gabrielle Dolan