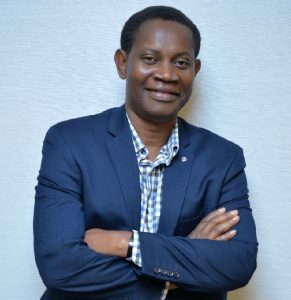 At the confluence of cultures: A Nigerian immigrant to Canada teaches how to use the interaction of different cultures to contribute to the community.

Chidi Iwuchukwu’s first book, Coming to Canada: The Ultimate Success Guide for New Immigrants and Travelers, is an Amazon Bestseller. He is an award-winning banker with over seventeen years of experience. He is currently a Disability Support Manager with Mirka Care Services Inc.

He served as the Director of Humanitarian Services for the Igbo Cultural Association of Edmonton and as a Client Service Representative at Edmonton’s Food Bank. He is the Chairman of the Edmonton Igbo School Board, and a Director of the Edgemont Community League.

Driven by his core values of family, integrity, resilience, selflessness, and trustworthiness, his mission is to leverage his capacities and continued personal development to create respectful partnerships that build his community and nations.

Chidi finds his present job to be the most fulfilling one he’s had, a way to make a difference in people’s lives and help them be the best they can be. Hailing from Nigeria, Chidi lives in Edmonton with his partner and 3 sons.

Chidi Iwuchukwu was groomed to lead from the moment he was born. Listen in on how his Nigerian background, military upbringing and early mentorship opportunities shaped him into the leader he is today.

Chidi had a disciplined childhood due to his military father and thought other children had more fun. However, he credits his father with teaching him to plot the course of his own life. His mother taught him life lessons through stories, and his grandmother’s belief in him shaped his personality.

Since Chidi was the oldest child, he was looked to for leadership. Having to be composed, take charge, solve problems and find ways around challenges has helped him become the responsible and accountable leader he is today.

Chidi’s former boss, now mentor, has had the biggest influence on his career by giving him responsibilities bigger than his experience warranted and breaking his mental barriers to become bold. Having someone have confidence in him encouraged him to overcome immigration challenges.

Chidi is a passionate person, giving all of his passion and energy to focus on a project. He also focuses on the big picture, thinking about what the next 5-year plan looks like, taking his team along towards the vision. Being visionary motivates the team to stay on track and the project moving, he believes.

Chidi learned about different attitudes, belief systems and philosophies in different cultures of the world through his travels. Moving to Canada has helped him embrace diversity in every aspect of life and be tolerant of different ways of being. “Canada is like a melting… pot for immigrants”, he says.

He shares that even though the West is perceived as superior in its women empowerment practices, his culture values the older sisters in a family much more, and his country pays equal pay for equal work. Even though parenting practices are different, children are precious to all cultures.

When Chidi moved from the high-pressure intense work environment in Nigeria to the relaxed calm environment in Canada, realized he could not continue leading with that aggression. He realized that questions, not demands, are the Canadian way of communicating, at work and in the family.

Chidi thrives when he is given clarity on the goal and the empowerment and freedom to reach it himself. He is on a journey of exploration to find new ways “to do the job that might not be yet discovered”. He also encourages his team to take broad ideas and make them their own.

Chidi’s book is a guide to settling into Canadian life for everyone, not just immigrants. With pearls of wisdom gained from his lived experiences, this book contains something for everybody. He encourages leaders to translate their skills, passion and experience to lead their communities.

As the oldest in a strict Nigerian family, Chidi Iwuchukwu was constantly reminded to be a role model and to achieve great things. From his family’s military background, he went into a career in banking where he excelled using a direct manager style. His world travels and immigration to Canada however, softened his approach to leading and gave him opportunities to add inclusive and indirect communication styles and multiple cultural approaches to his repertoire. Chidi’s keen thinking, systematic approach and attention to the needs of marginalized people brought him to his current leadership role in an organization that advocates for people with disabilities. His immigration experience inspired the writing of a book to help immigrants settle and integrate into Canadian culture.