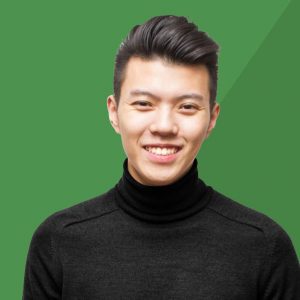 From a fixed mindset to a growth mindset: A Taiwanese-Canadian shares his secrets to exponential success.

Sam Chang is the Founder and CEO of VTMEMBER—a virtual assistant company that he scaled from $0 to $65k in monthly recurring revenue in 6 months. He is a serial entrepreneur who started his journey as a door-to-door meat salesman in college and has helped build one of the largest door-to-door sales teams here in Canada from 25 to 250 people.

By building a culture of belonging and excellence in his company, Sam Chang has created the world he would have loved to inhabit as a timid youngster where everyone is seen not only for who they are now but for their potential for growth.

At age 2, Sam immigrated to Canada from Taiwan with his parents. His parents were protective but did not hold him back from trying varied experiences. He feels grateful that his parents were not wealthy, because it drove him to become successful so they could retire on time. His parents taught him Mandarin and used to call him a “chatterbox” when he was little.

However, because he didn’t speak English, he struggled to make friends at school and was introverted. He was also bullied and shunned. He grew up without being acknowledged by his classmates and felt insignificant; he desired to be the center of attention. Of Tony Robbins’ 6 human needs, Sam still resonates the most with significance.

In college, he began earning very well as a meat salesman, which led him to drop out of school at 19. He continued to grow in his role and also tried his hand at many other businesses. He was inspired by the cold call scene in ‘Wolf of Wall Street’, which he adapted to his job at Amex, making him instantly successful, and teaching him that any important skill can be learned.

Sam’s father was in the Taiwanese military and treated Sam and his brother like soldiers. He recalls incidents where his father would beat him, which he claims made him the highly disciplined person he is today. However, being disciplined stifles his creativity sometimes. His mother counterbalanced his father with her love, understanding and compassion, explaining his father’s actions to Sam.

Taekwondo and playing the piano from a young age instilled discipline in him. He credits the church with teaching him to model someone he would want to exemplify. Leadership as spoken of in the Bible is about love and compassion, and that has shaped his leadership style today. His colleagues at Ledcor got him into the habit of reading daily for personal development.

The cut-throat corporate world did not let him sustain his loving and compassionate leadership style. A cancer scare in 2017 made him shift his intention from himself to serving other people. His company is now a service-based company helping solo entrepreneurs scale up without capital. He builds a career progression plan for each of his employees and also offers an online sales university.

Sam claims that he was born an extrovert but became an introvert due to his insecurity and interpretation of events in school. However, he was able to restore his extroverted self through acting, using movie scripts to be a successful salesman. He built his persona to be who he is today, and stands by the motto: “fake it till you believe it”.

At Ledcor, as a senior manager, Sam waited 15 minutes to be given a chance to speak in the boardroom. Finally, he asked the general manager if he cared enough about his right-hand man to encourage him to leave this company for a better job if it showed up. When Sam did not receive a reply, he knew it was time to leave the company.

Sam claims to have been the underdog his whole life and is passionate about nurturing others who have potential. The other person’s willingness and desire to be successful bring out the best in him.

You can access Sam’s online sales university today at a flat rate of 349 USD before it turns into a monthly subscription!

Sam Chang has a fascinating story of learning to be the best at everything he did or face the wrath of his military father. From a childhood of being bullied at school to finding his superpower selling meat door to door, Sam honed his ability to observe people’s psychological state to the point where he could read their drivers and respond instantly to what they deeply wanted. This turned into a very profitable business training salespeople and building a virtual internationally skilled team to serve entrepreneurs at affordable fees. Most interestingly, his business model not only serves the person purchasing the virtual team services but develops the employee within the company for higher earning, learning opportunities and growth within the organization.

At Home In Many Places with Julien Lefort

Come to Canada with Chidi Iwuchukwu