E45 The Alchemy of Success with Perry Marshall 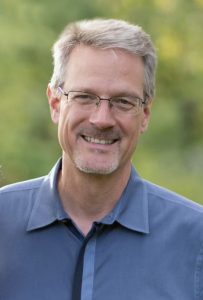 The cornerstone of civilization is a guy fixing shoes: One of the most expensive business strategists in the world explains how the smallest business can make the biggest difference.

Perry Marshall is a marketing consultant and entrepreneur and founder of Perry S. Marshall & Associates. He has guided clients like FanDuel and InfusionSoft from startup to hundreds of millions of dollars and is endorsed in FORBES and INC Magazine. He’s consulted in over 300 industries and has a degree in Electrical Engineering.

He launched the $10 million Evolution 2.0 Prize, the world’s largest science research award, with judges from Harvard, Oxford and MIT. NASA’s Jet Propulsion Labs uses his 80/20 Curve as a productivity tool. His reinvention of the Pareto Principle is published in Harvard Business Review. His Google book laid the foundations for the $100 billion Pay Per Click industry, and Ultimate Guide to Google Ads is the world’s best-selling book on internet advertising.

His wife was 3 months pregnant and intending to be at home when he was laid off from his engineering job. He switched to sales and struggled to make ends meet at a job that was harder than he could have imagined. He stumbled into the world of direct marketing in the late 90s and the rest is history.

Perry Marshall began his own business at the age of 13 and went on to become one of the most expensive business strategists in the world. Listen in on the lessons of culture and leadership that paved the way from his childhood achievements to success as an adult.

When Perry was 13 years old, he became interested in stereo equipment but couldn’t afford to purchase the ones he liked. Instead, he built them in different ways and a year later, advertised them in the newspaper and made his first sale.

Perry was a high school senior when his father passed away of cancer. This forced him to become independent and made him work hard to earn the college tuition his dad had intended to pay. He had to grow up quickly and was married at age 20.

Perry was born into a conservative Christian family that valued scholarly rigorous learning. His father worked in a ministry called ‘Back to the Bible’ and Perry was taught Greek, Hebrew, ancient culture, history and theology. This made him contemplate the world deeply and he believes that “only after you have wrestled with it do you become an independent thinker”.

Raised in Lincoln, Nebraska, his upbringing was conservative, modest, egalitarian, and frugal. He remembers seeing products on massive discounts in supermarkets, and fashion trends being passed off as believable compulsions of poverty. Moving to Chicago, with its extremes of cultures, made him reevaluate everything he knew, and he found it invigorating and more to his liking.

Perry claims he was a cantankerous child who always tried to break rules, but also an alchemist who was always trying to create something. As an adult, Perry continues to shake things up and reinvent them.

When Perry’s children were teenagers, he found that they complained about the little things in life. He took them to Calcutta where they met a teenaged girl who had been sold into the flesh trade, which made his children realize the truth in what Perry had always told them: “half your battles were won for you before you were ever born”.

When Perry visited Kenya, he was introduced to a successful cobbler, Paul, who used crutches and fixed shoes sitting on the floor. Paul’s spark and pride in his work made Perry, a consultant to entrepreneurs, realize that entrepreneurs like Paul who serve the community by providing a useful service, make Perry’s work meaningful.

Perry recommends every business create a discovery contract, which is a quote provided for a charge. He ensures that the customer receives their value for money in the recommendations given while creating the quote, and an equivalent credit should they choose to avail of the services. This helps in weeding out clients who aren’t sure of what they are looking for.

Perry has helped form the Cancer & Evolution Symposium, a group of scientists working on the connection between cancer and evolution. Read his book Evolution 2.0: Breaking the Deadlock Between Darwin and Design to learn more about this theory.

He also recommends you read Detox, Declutter, Dominate: How to Excel by Elimination, a book he co-wrote with Robert Skrob which is an enjoyable and timeless business philosophy book for people from all backgrounds.

Perry Marshall grew up in a disciplined environment and displayed entrepreneurial skills as a child. He learnt valuable lessons in hard work from his upbringing in Lincoln, Nebraska, and added cultural understanding to his skill set when he moved to Chicago, Illinois. In this episode, he shares some wonderful stories of his life, which will give you a sneak peek behind the scenes of a successful business strategist’s life.

I'd Rather Rescue Myself with Sherina Mayani