About four years ago I migrated to Canada from Dubai, UAE, bringing with me over 15 years of experience and the dream of starting an exciting, new chapter in my life. However, like most new immigrants, I struggled to find my footing. In my search for solutions, I made mistakes as I came to terms with the new country I chose to call home.

One of the helpful “solutions” I came across was CAMP Networking, a Professional Immigrant Network’s (PINs) member for communications, advertising and marketing professionals. Though not directly related to my media background, CAMP was the closest to my profession that I could find within the immigrant-serving community in Toronto. I was told that the media sector is a difficult one to get into.

My involvement with CAMP and the bigger PINs family inspired me to set up – with the encouragement of the Mennonite New Life Centre (MNLCT), a Toronto-based settlement agency – a new professional immigrant network for internationally-trained journalists and media professionals like me.

Through the New Canadian Media Professionals Network (NCMP), I wanted to share my modest experiences and learnings with other immigrant media professionals facing similar challenges as me. I believed, and still do, that by working together we could overcome some of these challenges, achieve results and help connect Canada’s mainstream media to its diverse, multicultural communities.

As a network we are still in our early stages of getting organized; we have a lot to do.  Our vision is to make the NCMP the starting point – the hub that connects any recent immigrant with a media background to Canada’s media sector and the immigrant-serving community. Over the last year and a half, we had some small successes: we organized a speaker series, connecting our members with established Canadian media professionals; we’ve been building relationships with Canadian media organizations, such as Shaw Media, the Professional Writers Association of Canada and others. We were also able to work with a few settlement agencies to reach out to newcomer journalists.

As the creation of meaningful work opportunities for members was part of NCMP’s mission, it was my responsibility as a Chair to work towards this goal. With the help of the Toronto Region Immigrant Employment Council (TRIEC), I was able to start conversations with a few media companies like the CBC and Global TV (Shaw Media). But things were moving slowly and there was the pressing challenge of giving something tangible to members in order to keep them interested and engaged.

While all this was happening, I had volunteered at Rogers TV community channel in Toronto to produce a weekly magazine for newcomers to Canada, called Introducing Toronto. The program put me in touch with many non-profits, specifically immigrant-serving agencies, who started approaching me for help with their video and content needs.

I realized the opportunity immediately. On one side there were non-profits who realized the importance of professional video for their websites and social media channels, but needed cost-effective solutions that addressed their budget challenges. On the other side, there was a pool of skilled media-professionals, camera people, video editors and writers who could resolve the problem.

That’s when I pursued a partial self-employment option for myself and founded New Horizons Media, a for-profit business with a social mission. Over the past year and a half, I was able to gradually engage NCMP members in the business. So far, about six members have worked on 21 projects, produced over 50 different video clips and eight articles. We worked with and earned the trust of organizations like the Ontario Council of Agencies Serving Immigrants (OCASI), the Information and Communications Technology Council (ICTC), TRIEC and PINs. One of the PINs projects we worked on was producing informational videos about four member networks: AFCA, AREC, M-Bridge and LPMN.

Wondering what you can do to get connected in a new context?

Listen to the highly acclaimed webinar here:
“How Did I Lose Myself?” Finding your Confidence in a New Country

Curious about other upcoming webinars? Click here to find out more. 🙂 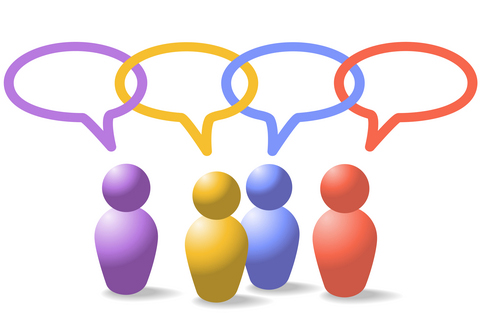 Through this collaboration we realized another area where we could put our skills into good use: we can help our sister professional immigrant networks to harness the power of video and get their message out. A good example of this is LPMN, the Latin Project Management Network, with whom we’re working regularly to cover their events and promote their workshops.  Another example is M-Bridge Culture Integration Society for Professionals whom we’re helping to promote their Immigrant Talk initiative using video.

Most of what I have accomplished has been because of one key decision I made: to seek out connections in my community and in my industry.  Without the relationships I have been able to form, New Horizons Media would not be a reality today.

Second, I cannot emphasize how important it is to stay aware of the opportunities that are around you. When I came to Canada in many ways it felt as though I was starting my career not from the beginning, but from much further back, and at times it seemed as though my efforts were getting me nowhere. In this circumstance it can be easy for anyone – even me – to spend more time looking down and feeling discouraged rather that searching out a way to be of service to others. Remember: you have something to offer; you have the skills to solve problems for people and organizations right now; you are valuable. If you can’t see the opportunities around you, then create some.

And lastly, I strongly believe in the importance of giving back – it is a simple way I express gratitude for the help and opportunities that I have received. If you get a chance to mentor someone, do it.  If you find a way that you can share your story so that others can benefit from your experiences, do it.  If you see a person you can reach out to assist, do it. I have always found a single person’s power and influence to be an extraordinary power for good – ensure that you are spending yours wisely.

Register HERE for the next webinars:

Or browse through the past webinar recordings HERE

“Never underestimate the power of dreams and the influence of the human spirit. We are all the same in this notion: The potential for greatness lives within each of us.”