3 critical supervisory leadership tools for this century and the next!

Supervisory leadership promotion: do you have the tools?

To promote someone to a supervisory level, the most common approach is to choose someone who is good at the job and has been both responsible and loyal to the company. Very little thought goes into whether the chosen candidate can actually lead a team of people, adapt to the change in station, learn the necessary administrative skills and take on new technology. There are a lot of entirely new expectations for a supervisor that hourly employees never have to consider.

When you are a supervisor, you are expected to keep up production, respond quickly to your manager’s requests and help the company make money. That alone is a big enough challenge. At the most basic level, you are responsible to make sure employees all come to work on time and put in a full day’s work for a full day’s pay. Then, add to that the responsibilities of having to motivate your team, solve people’s personal problems, get everyone to cooperate, and coach people to do new tasks until they are proficient enough to do the same for others.  The paperwork is another surprise. If you are a hands on kind of person, it is hard to get your mind around the idea that your job DOES involve significant time spent on forms, reports, learning new software and even presenting your ideas to upper management with back-up data.

All this new learning can be overwhelming and if you aren’t trained for it – and most front line and middle managers aren’t – it can be hard to stay on top of everything without losing your mind.  Fortunately there are some tools that can help you get started with your management learning. The skills required of any supervisory leadership position fall into three categories:

In this article we’ll dive deep into the people side of the job, by starting with ourselves:

People skill #1: Start with yourself 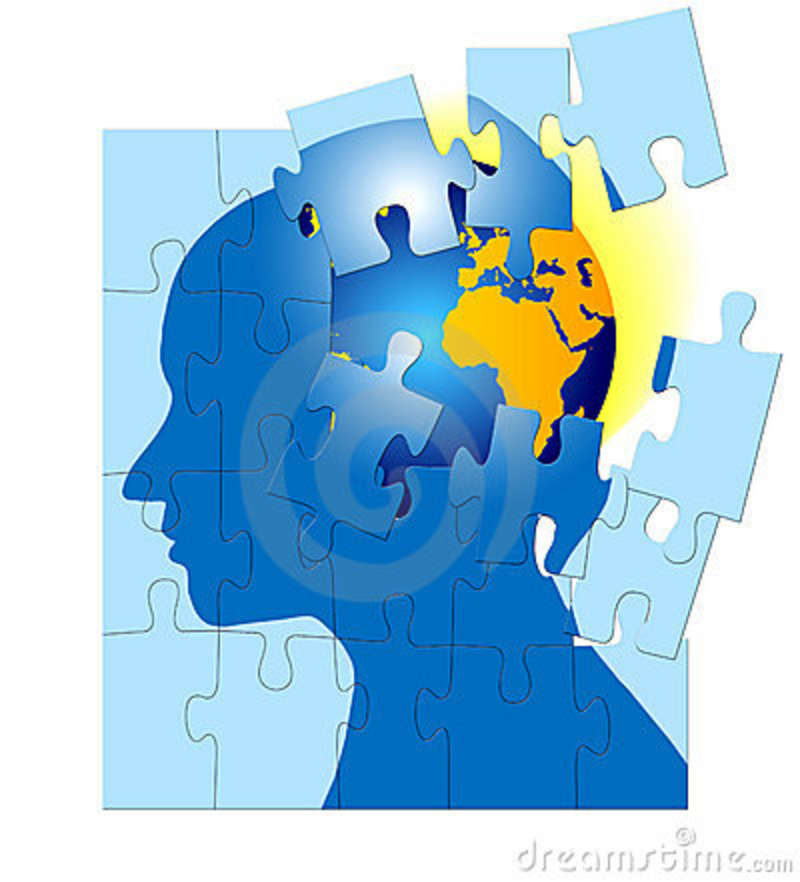 When you begin to work as a leader, you need to know what your leadership strengths are and how you can mitigate for your leadership weaknesses. But how do you find this out?

You can start by first thinking about the things people come to you for.  What do people ask you about?  What do they remember about you?  I worked with a supervisor who was convinced he didn’t have any leadership skills. It turned out his crew often asked him for help with how to do specifics and that he was a good coach. What he wasn’t good at was giving them positive feedback and validating them. But, his partner was great at validating people and motivating the team. So between the two of them, they could address most of the leadership requirements of the job.

The one area where they were both weak was in setting clear expectations at the beginning of a job. Because they didn’t do that, they were constantly getting angry with team members for not being able to read their minds. So I worked with them on the expectation piece and they supported each other on this part by speaking together with the crews at the beginning of the day to set the expectations and make sure they had buy in.

People come to me all the time to listen to their issues and help them find a logical strategy and a starting point to solve the problem. They also come to me when they are in the middle of a transition or change. I know that I am pretty good at motivating people and communicating the vision, and where I’m not so good is in making sure all the details are done and not overwhelming my team with too many new ideas.

In both these cases, being able to identify your strengths and your weaknesses as a leader is the key to becoming really effective as a supervisor.  After all, it’s essentially impossible to change something (or celebrate it for that matter) that we are not aware of.

The most effective supervisor I ever saw had a terrible back problem and consistently told his team that he had a bad memory.  He asked for their help to always remind him what they had decided so when they would jointly consider the day’s requests, and when they made plans and delegated responsibilities, they would also remind their supervisor what they were doing, when it was done and what the outcomes were. His strength was in getting the team to use their talents and strategize together to get the job done. His weaknesses were his physical issues and his memory slips. Because he turned his weaknesses into team strengths, his team worshiped him and his called him the “brightest and best” in the company.

Start thinking about your strengths and then, like the supervisor in the story I just explained about, mitigate for your weaknesses.

Need help with getting your team on board, among other things?

Check out our Supervisory Leadership course! It has exactly the right blend of online content, instructor support, web coaching and workplace application exercises and goals for you to grow your leadership skills practically. Find out more here.

“For me, Supervisory Leadership covers all the areas that are key to equip new supervisors. It focuses on the most important themes for supervision and incorporates assessments and goals.” 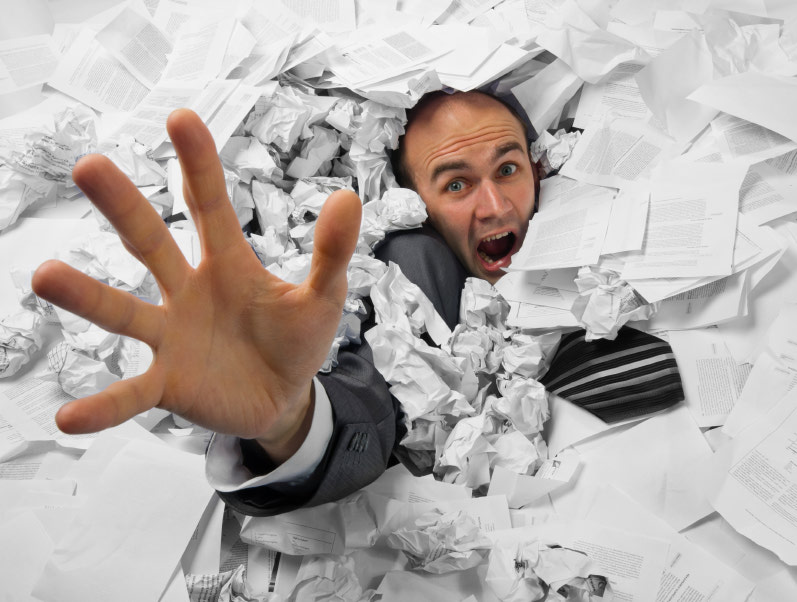 People skill #2: Manage your time and your space so your team can do their jobs

Once you have thought about your leadership strengths, the next thing to tackle is your workspace and your time. What needs to be adjusted in your physical environment so people can get their jobs done? Does a tool crib need to be moved to a more central location? Does your desk need to be cleaned and organized into a system you won’t have to micromanage? Does your computer require some document organizing so you don’t waste time trying to find things?

Choose an area that requires your attention and make it efficient. This is not only good for you, it sets an example to the team that you are going to work to improve your own workplace behaviours instead of just telling them to “do as I say, not as I do.” You want to be an efficiency role model for your team and show them that if you can do it then so can they.

Your time management may also need some attention. Get to work early enough to have your mind clear and your tasks ready to execute. Plan the day before so that your team will have what they need to get going first thing without running around looking for things. Appoint a team member to be the “prep” person for the week so that the worksite or meeting space is ready to go the next day. Rotate team members to set up, monitor and report so that everyone is involved in the time and space management project.

If you are in doubt about whether or not this matters, think about the Japanese public schools: they have no janitors. Students and teachers all work together at specific times during the day to clean, organize and prepare the school workspaces. Special teams prepare and serve food, other teams set up monthly and quarterly cleaning and organizing schedules. All children from the age of 5 and up are involved in this and the schools are always clean, organized and efficient. This is even more impressive when you consider that many Japanese public elementary schools also have a garden, an animal husbandry yard, run their own cafeterias and work jointly with a neighboring seniors residence. So think of it this way: if 5 year old Japanese kids can have organized workspaces and manage their time and still be at the top of the technology innovations for the world, what’s our excuse?!

People skills #3: Draw the line with your team 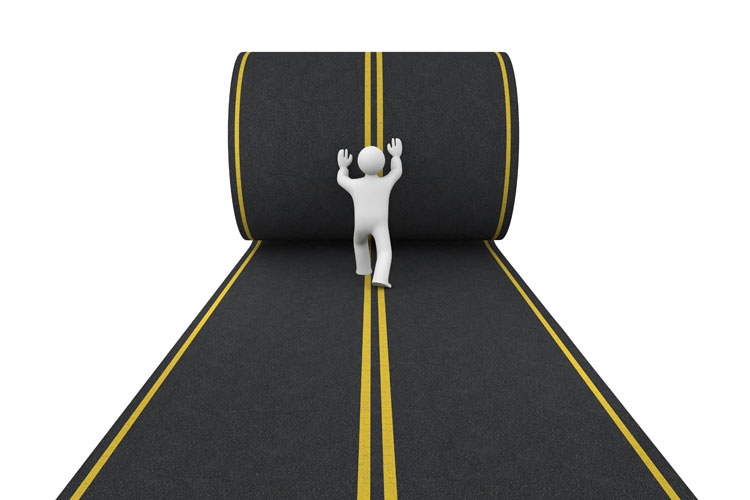 So now you know your strengths and weaknesses, you have a continuous improvement plan for workspace and time management. What’s next?

Getting your team to know that you are the person in authority of course! This is a very difficult thing for new supervisors to do because they feel like they have lost their friendships with the crew and they don’t have any buddies in the management side. They are often lonely and disoriented and become the brunt of criticism and blame in far too many cases.

A way to get out of this hole is to make sure you have clearly established in your own mind where you are going to draw the line between business and personal decisions. If you have friends that go back a while on your team, explain to them that at work you are going to have to make decisions they may not like and that they will not get any special – or harder – treatment because they are friends.

You have to set an example of how you would behave if you were the best supervisor in the world to your team. That means you don’t share things that are too personal, that you don’t breach confidentiality if a team member tells you something in private, that you set a standard for work quality and respect and that you don’t ever let your guard down in informal situations. This means for example that if you go out for a beer with your crew, you only have one and then politely excuse yourself to leave. You don’t drink a few and say things you will later really regret. It means you don’t take a crew member aside and tell them about a problem you are having with another team member. And it means you don’t diss the boss or the company. They are your employers and you have to show respect.

If this sounds like a tall order, it is. You have been given the mantle of leadership and it is a responsibility. To deal with the loneliness, however, you might like to join a group outside of work that brings new supervisors together, or you could get involved with some new task in the company that will put you in contact with other managers.  Another avenue to try is to ask one of your superiors to mentor you. I think it is very helpful to read a leadership book, listen to a leadership podcast like Manager Tools, or take a leadership course, either classroom style or online.

Whatever you choose, make sure you take advantage of the fact that you can make new connections and develop new friendships as part of this initiative. You may keep some of your old friendships, but it will be different. So set the line and manage your professional friendships so that you can take on the mantle of leadership without being discouraged or depressed. 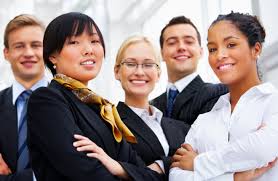 In summary, there are three things you need to do to get started on people management skills for this century and the next:

Take action today by choosing one of the options we introduced earlier.  Click the link you think will be best for you:

Why wait?  Invest some time in the learning that will help you manage your people better!

Click below to check out our Supervisory Leadership course to get the skills you need to lead!

Looking for a community of learners?

Join our Savvy Supervisor Facebook Group and start connecting with other managers willing to share what they know to help you develop your leadership potential.