E47 Why Not Now with Joseph Fung 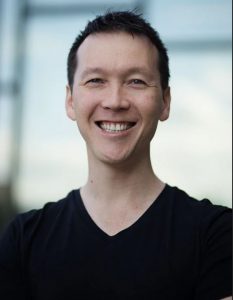 Why Wait: A tech CEO teaches us to make the most of life’s opportunities, now.

Joseph is the CEO of Uvaro, a tech sales career accelerator, and of Kiite, a sales enablement platform purpose-built to provide sales teams with the information they need when they need it. A graduate of the University of Waterloo’s Computer Engineering program, Joseph is a repeat Founder & CEO and speaks frequently on the topics of sales leadership, diversity, and corporate social responsibility.

He is an active early-stage investor who ensures that the majority of his investments are in women-led companies. He also sits on the boards of Communitech, the Golden Triangle Angel Network, and the Kitchener-Waterloo Symphony. A clarinet and piano player himself, he likes to support musicians.

Joseph Fung was raised with encouraging faith in his abilities, a strict culture of excellence and no concept of procrastination. Listen in on how he has created a workplace culture reflective of these values as a CEO.

Joseph’s father is from Hong Kong and always challenged him to do his best, holding him accountable to quality, drive and purpose. Joseph remembers getting a 98% in one of his classes on his report card, and his father asking him where the other 2% was. However, this has made Joseph mindful about how he speaks to his children and how he builds a workplace culture.

His mother is of mixed European heritage. She balanced his father’s perspective as a supportive enabler, always teaching him, “I can do what I set my eyes to and I don’t have to wait to accomplish it.” It was with her encouragement that he began his first business while in high school as a graphic designer instead of at a fast-food restaurant like other teenagers.

Joseph grew up in Toronto but travelled for work and student exchange programs. His childhood was characterized by a “lack of belonging”. His siblings and he stood out physically in their racially homogenous neighbourhood, and their inability to speak Chinese made them misfits in their ethnic community, even though they could pass as members of either group.

This helped Joseph feel at home with an atypical group – the circus community composed of Montreal’s National Circus School alumni, and circus arts hobbyists who enjoy aerial silk or trapeze. He instantly connects with anyone who shares this interest. This community has taught him to constantly strive for self-improvement, to be authentic and to value diversity.

Joseph describes himself as “a youthful 40-year-old”. He has been taking the Myers Briggs personality test since he was a teenager and is an INTP. The I for introversion is his default mode to recharge himself after being in the public eye as an entrepreneur. He is now recognizing that extroversion “can be both learned and intrinsic at the same time”.

He also confesses to having an absurd sense of humour, having played wicked pranks on his sisters, and continuing to encourage his daughter to do the same! Even though he considers himself impatient, he found himself being patient while teaching his 9-year-old with developmental disabilities to learn at his own pace. He acknowledges that patience is a choice.

Growing up, Joseph’s family’s way of doing things was different from that of his friends. He was used to eating with chopsticks and struggled with a knife and fork when he was invited for dinner at his friend’s house. When he was 9, his parents let him and his siblings use power tools to help construct their house, which shocked their friends.

His parents saw the world differently and that afforded Joseph unique experiences since they were “comfortable with a level of thoughtful risk that was not conventional”. Even though standing out amongst his friends was uncomfortable for Joseph, it made him comfortable with pushing his boundaries.

Joseph claims he is easily excited and distracted and loves creating companies. He believes in creating a great workplace by caring for the team and customers and a great ecosystem by contributing to the local community. He encourages creating a culture of checking in between the leader and the employees, and amongst the employees.

He has a “voracious appetite for information”, seeking information not from a lack of trust but a thirst for knowledge. He appreciates being kept in the loop and receiving helpful details. He also uses feedback extensively, sharing it and requesting it at every step. He is aware that a CEO asking the team for feedback could be disarming, but he strives to set a new example.

For anyone looking to transition to a new career, irrespective of their background, Uvaro runs a training course to help begin a career in technology sales. This 12-week 2-hours-a-day 5-days-a-week program pairs you with a career coach and introduces you to their network of 900 tech companies. With the option of no up-front tuition and fully online delivery, this course is “a blast”!

Joseph Fung had an unconventional childhood of unique experiences, high expectations and creative encouragement. He has made his life mantra ‘why wait, why not now’, and has built a workplace culture around the values he holds dear.

The Good Life with Eric Karpinski