E16 Shy to Social in 12 Weeks with Myke Macapinlac 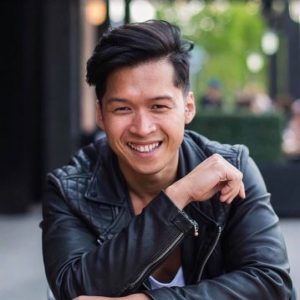 Myke Macapinlac went from being a shy immigrant structural designer to a podcast host, a social skills coach, a lifestyle entrepreneur and author of 4 books. He now teaches shy guys who are technically skilled to improve their social confidence so they can create meaningful connections in their personal, romantic, and professional lives.

He observes, “We talk to people every day… We need to be able to communicate ourselves effectively.” The importance of good communication to live a good life makes Myke passionate about his work. His company provides social skills training to create meaningful connections, make friends and find acceptance at work.

Myke himself went from longing for a social life to after a few years of solid determination, focus, hard work and mentoring, becoming confident and influential. Now he has friends all over the world and can even build a social circle from scratch if he wants. He has made many friends, expanded his professional network and dated many women who have enriched his life. His work has been featured in the Calgary Herald and the Huffington Post, and on Breakfast Television and Shaw TV.

Myke Macapinlac knows what it is like to be a shy immigrant, and uses his life experience to help everyone like him live a social life. Listen to this podcast to learn about his journey from a shy structural designer to becoming a social butterfly.

Myke grew up in an Asian family who valued good grades, a good job and a good salary. At 17, he moved with his family from the Philippines to Canada. Even though he could read and write English and consumed English media back home, he could not converse very well. He suffered from social anxiety, and had never been taught soft skills.

When he got stuck doing low-paying odd jobs, he realized he needed to focus on his own personal development, working on his emotional management, mental health and self-expression. He started reading self-help books and decided he could and would be different from what most other STEM (Science, Technology, Engineering and Math) students ended up as – isolated.

Myke was born into a respectful, loving, friendly and hospitable culture. This influenced him to become very accommodating, sometimes to a fault. There are times even today when he goes out of his way to be nice to people and make them happy. However, he has also learnt to establish boundaries.

As he travelled and lived around North America, he was exposed to the cultures of the different places. As he became a part of many diverse groups, he realized that he could approach his life differently than what his community assumed, which was that the only path to a career is through a degree. In his current social circle, it’s common to transform one’s expertise and life experience into a service to enhance other people’s lives.

He’s also a part of many entrepreneurial groups. His background in structural design and engineering allow him to see the bigger picture and learn systematically so he rarely feels overwhelmed. It also helps him connect with other people from the same background.

Journaling is a practice passed on to him, and he has always had an accountability partner. He meditates, practices gratitude and free writes, which has allowed him to develop self-awareness. He claims, “There’s something therapeutic when you write something with your hand, not just type it.” It also helps him reflect on the growth he’s had over time.

Myke’s friends identify him as the voice of reason. Although he tends to be too systematic sometimes, he is comfortable with structured spontaneity. He also grew into a culture of hard work, being the oldest cousin in a large extended family living in poverty in the Philippines. He credits his hard work and persistence for shaping him into the person he is today. He has also learned to tap into his emotions to articulate his thoughts for healthy, peaceful, and non-confrontational relationships.

Myke struggled for the first few years as a new immigrant in North America because of the cultural differences. Back home, if he liked a woman, he would ask her parents’ permission to court her. Even making friends and expressing oneself was different here. He learned to observe, pay attention and imbibe lessons from those more experienced than him.

In the Philippines, it is the tradition to marry and have children in the early 20s. When Myke moved to North America, he learned that he didn’t have to follow the same path. He could decide when he wanted to cross a certain milestone. He remarks, “It’s important to be able to think for yourself and make a decision – what’s right for you – not because that’s what your culture believes in or your parents or your religion.”

However, he believes his culture has given him a unique point of view and an edge over others to attract a specific demographic. Many of his students relate to the cultural adjustments he made. He has been able to embrace parts of his past which he thought were embarrassing and use them to make people feel normal for going through similar life experiences.

Myke has a 4-point structure which he shares with his near and dear ones to establish good communication:

Myke also asks people how they would like to be communicated with. He recommends clarifying what someone has said and asking them for more information to avoid misunderstanding. He suggests, “Just be curious and ask… Never assume things… because how you do one thing may be different from the other.”

Myke’s program, the Social Confidence Blueprint, has been created specifically for STEM professionals. He finds that that demographic has invested a big portion of their lives in acquiring hard skills and ignoring soft skills, something he has experienced firsthand. The goal of his program is to teach STEM professionals what it means to become socially confident. There are 5 parts in the program:

Students all over the world have taken his program to find friends, get help in their romantic life and develop professional skills. His work is extremely rewarding for him because, in his words, “Seeing people transform is one of the most beautiful things anyone can ever see.”

Sign up for his course at www.socialconfidencemastery.com and watch your personal and professional life transform!

Invest in learning how to connect with people: A pathologically shy Filipino immigrant teaches us how to have a social life.

Myke Macapinlac has transformed a lack of social confidence into a strength that wins him the trust of hundreds of men in technical industries longing to overcome loneliness and fear of social interaction. His flourishing business shows how much his courses and coaching for social skill development are necessary in our world today.