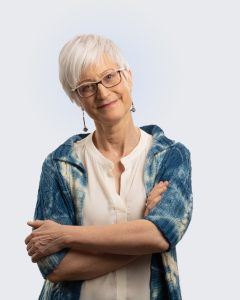 Picture this: you have a manager who is incompetent and wants to be seen as bigger and better than everyone beneath her. She undermines others and strategically points out what she perceives to be mistakes at meetings so that individuals are all afraid of her.

This was an incident a colleague of mine experienced as a teacher in a school with a domineering and suspicious principal. The staff reaction to her was one of fear and everyone became isolated and suspicious. Nobody spoke out. The workplace became tense and toxic.

After discussing the situation, my colleague came up with a plan to do what she called a “virtuous coup d’etat”. She and another teacher decided to be kind and helpful in a very intentional way to the staff, doing small favours for them, providing little gifts and kind words and actively complimenting them in front of students and each other. The goal was to turn the toxic culture around and to “own” the culture so that it could not be manipulated by leadership that did not share the same values.

Building allies by bringing the opposite of toxicity into people’s lives slowly and strategically had the effect of warming the cool atmosphere in the workplace and developing a sense of solidarity and shared values.

Not everyone got on board…those who did were contacted privately by the two colleagues and asked if they wanted to join the coup. Soon the project spread and gained momentum to the point where when the principal tried to target and undermine a colleague publicly during a staff meeting, the others would not stop singing their fellow teacher’s praises, undermining the negativity with positive and sincere appreciation.

At first only the two people involved were doing kind things for colleagues…then when more colleagues joined in, the group and individuals gained courage and strength. It takes a group to be unshakable, but all initiatives start with one individual enlisting another.

This action showed that it was possible to change an institutional culture, but that it took careful, strategic alliances and shared values. Employees started to see that they had agency over their workplace culture and could shape it intentionally instead of being victimized by the whim of the current principal.

Social context is constructed by people and it can be changed by people. It’s social! Change is gradual but can be accelerated by intentional effort to influence and engage collectively.

When people without power in a workplace choose to take the high road and act with principle, they may be targeted and crushed. But when they do it in a way that brings others along with them, they create a movement.

It is certainly harder to build unity of thought and action than to complain and say “that’s just how things are”. But if we want to enjoy a great workplace culture, we must be willing to put some skin into the game.

This example shows that if you don’t have power through formal management, you can still have behind the scenes leadership influence and build unity of thought. We don’t always choose who we work with or who our bosses are, but we can choose to act with integrity and to look to the power of groups to build an ethical and healthy workplace

This example shows the strategies of:

How could you tackle a workplace culture issue with a virtuous coup? Give it a try and let us know how it goes!

Remember to submit your stories and questions about workplace problems and leadership dilemmas so we can all learn from each other! Either email marie@shiftworkplace.com or message me, Marie Gervais, on FB Messenger.

Shy to Social in 12 Weeks with Myke Macapinlac

We're All In This Together with Steven Young