E52 Say What’s On Your Mind with Chris Marhefka 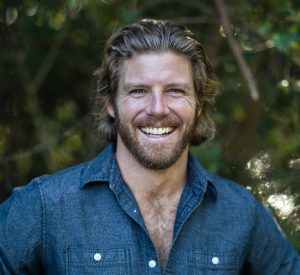 Getting people out of their thinking mind and into their feeling body: A mindset work facilitator and coach shows us how to honour our true feelings by willing to be vulnerable to them.

Chris Marhefka is the CEO and Facilitator at Training Camp for the Soul and the Founder and Facilitator of the Embodied Man Community and Retreats. He came into this healing work of exploring the deep-seated roots of life challenges after over a decade in entrepreneurship and coaching, and experimentation with different modalities.

Chris Marhefka was raised to be hardworking, and he followed that value till he was burned out. Listen in on how he rejected conventional notions of success to develop a more authentic relationship with himself and others around him.

Chris’ father taught him “to be successful in life, whatever your definition, you just have to work hard”. He gave his best to sports and academics and continued that in his business. However, he was also taught that to gain one thing, you have to compromise on another part of your life, which led him to feel burnt out. He now has learnt to strike a balance between his work and personal life.

Chris was around 5 years old when his father arrived 5 minutes late to pick him up from soccer practice. Even though he was with his coach and his father was close by, Chris felt a fear that people weren’t going to be there for him. He inferred that he is alone in what he does and he can’t trust others completely, which showed up in his personal and professional relationships later in life.

Chris was in his early teens when he was cut from his first soccer team composed of some close friends. He remembers the look of disappointment on his father’s face and the realization that he had let him down. From that moment on, Chris committed to never failing at anything because of a lack of effort.

Chris feels grateful to have been raised in a “culture of family values” with the simple joys in life. Both his parents’ extended families lived close by and prioritized meeting each other often, especially for the holidays. Even though he has sought solo adventures in life, he seeks solace in his family today and cherishes the relationships he has developed.

Chris was raised in a conservative Catholic household with a strong commitment to values and community. He also credits sports with teaching him about leadership, connection and communication. Being in the student government at university helped him begin trusting people and develop integrity.

Chris claims to always have had a “chameleon-like personality”, adaptable to any group and liked by all. However, he has worked to find his true identity, express his authentic self and allow people into his inner world with trust and vulnerability. He also has walked the line between adventurer and troublemaker.

Chris shares that as a leader, he believed he always had the right answer and told others what to do. By asking for others’ opinions, he opened up to other options that exist, giving him a broader perspective. “Not everyone thinks, feels and acts the same way that I do”, he observed. He is now aware and intentional about discovering other perspectives in all his relationships.

Chris understands the “challenges of the collective masculine”, having grown up with them. He explains “cultural squeeze” as the unhealthy programming men are raised with without a healthy example to follow. He uses his story to empower other men to live life to the fullest, just like he has been fortunate to come across other men who helped him to be vulnerable and open.

Chris finds that being mindful and authentic brings out his best self in any project, and he uses breathing to achieve that state of flow. He warns against “mental gymnastics”, denying and resisting any negative feelings by masking them with positive ones, and instead, acknowledging them to truly reach a level of peace.

Chris leads retreats 6 times a year and conducts various programs. Check out his website for more information on his offerings.

Chris Marhefka’s father set the example of hard work and expectations of high achievement. Chris worked himself to emotional exhaustion and a lack of trust with the world till he reclaimed his real self and true feelings. He now coaches other men to embrace their realities with vulnerability to live more authentic lives.

Free To Be You and Me with Rachel Gour