E34 No Excuses with Victoria Pelletier 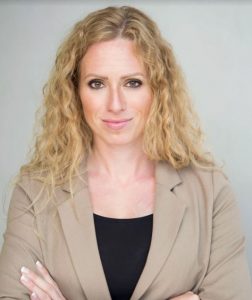 Victoria Pelletier is the Vice President of IBM’s North American Talent & Transformation practice. She is a senior corporate executive with over two decades of progressive experience in strategy, operations, growth initiatives, and business and talent development.

Victoria serves as a board member for several organizations; she is also a published author, in-demand public speaker and appears regularly on national TV – CBC weekend business panel and CNN. Victoria is also a self-confessed fitness fanatic, a wife, and a mother to 2 children – a 20-year-old son and a 16-year-old daughter.

Victoria Pelletier became the general manager of an organization at 24. Listen in on how she extracted meaning from painful life situations, owned her niche in her communities, and combined determination with compassion to become the successful executive she is today.

Victoria was born to a drug-addicted and abusive teenage mother. Victoria says she chose to be a fighter instead of fleeing her situation and was always on high alert due to the uncertainty of her mother’s behaviour. However, it also made her insecure and fearful of rejection.

Victoria felt like an outsider even with her peers – she reached 5’8” at age 11, she was a gifted student, and she was raped at 14. These life experiences made her resilient, lending her the nickname ‘turtle’ – tough on the outside, sensitive on the inside. She realized that she had control of her life and wanted to make others proud. “Earlier on, I was determined to prove people wrong; I was better than the roots… which I came from”, she explains.

Victoria credits her adoptive mother with helping her break out of her shell. She describes her as a kind, caring, loving and supportive mother who knew when to push Victoria to share what was on her mind. She asked Victoria’s school to test her and moved to have her skip a few grades and forge ahead. She also helped Victoria step out of shyness by encouraging her towards modelling and acting.

Even though Victoria comes from English, Irish, Scottish, and French descent, she was not raised with a strong cultural identity and tended to rely on her friends for cultural experiences. Having a multicultural group inspired her to work in diversity and inclusion later in life.

Victoria’s adoptive family always put her needs first, but they came from a humble background. Her adoptive mother urged her, “You just need to do better than us”. She credits this upbringing with her drive to achieve and succeed today.

She also carried the socio-economic blue-collared culture’s strong work ethic with her. A proud Canadian working in America after having spent time in Europe and Asia, she is also cognizant of the cultural sensibilities which need to be incorporated in her workplace communication.

Victoria came out as bisexual at age 14. Even though she belonged to the LGBTQIA2S+ community, she felt misunderstood within it. She only owned her sexuality in her 20s and then realized the importance of being ‘one whole authentic self’. This defined her “not only as a leader but just as an individual and a member of the community.”

At 22, she married a 35-year-old woman with a daughter from a prior marriage. Victoria conceived both their children through artificial insemination. She experienced support going through this process in Toronto, which she says was more accepting at that time than Calgary. Now married to a man, she finds that people are uncomfortable with her fluidity and do not understand where she lies on the spectrum.

Even though Victoria dreamt of being a corporate lawyer, she began working in a bank while at university, learnt a lot, got promoted and fell in love with leadership. At 24, she became the COO and General Manager for a large outsourcing services organization. “That was my opportunity, but it was a huge leap of faith… [to be] comfortable in a very… uncomfortable place of unknowingness”, she recalls. She lives the corporate life now, heavily involved in board work and also supporting female entrepreneurs through SheEO.

Even though Victoria does not believe in astrology, she claims that she does exhibit the stereotypical traits of being a Taurus – stubbornness and loyalty. She also claims to be a Type-A personality, driven and organized.

Even though she was a very shy child, she grew into her extroversion. She learned to get comfortable in her discomfort when she entered her first executive role requiring her to network.

When Victoria was in her late 20s, she went to India for a project and found many differences from her upbringing in Calgary. The contractors would only speak to the men on her team, she was noticed and photographed, and found that people said yes only to avoid disappointment but did not always deliver.

She also learned about the caste system and arranged marriages in India. “I just had this moment where it really did cause me to reflect more and quite frankly, a lot of appreciation… for… the culture I come from and that I can have a voice and I can be… a female executive with creative influence”, she notes.

Victoria used to be “all business all the time” and there was a need “to be vulnerable, to be comfortable saying, ‘I don’t know what I don’t know’ and be okay to ask for help.” She is at her best when she feels connected with the diverse range of people she works with.

Though she fears her confidence may make her seem unapproachable, people are always surprised with her warmth when they do speak to her. “My advice to those… who live a little bit in the fear around the hierarchy and having those conversations is… be really comfortable with being… uncomfortable”, she states.

Victoria has co-authored the book Unstoppable and encourages everyone to be unstoppable, regardless of their culture or experience and to decide what they want to achieve. She attributes her success to performance, healthy boundaries, and a strong professional network.

She also works with Children’s Aid Foundation to help improve the lives of children and youth in the child welfare system. As a child of the system, she believes that everyone needs an advocate or a champion, and endeavours to give back to the community.

Learning to listen: A Canadian executive living in America shows us how she built a network of people in her life by celebrating their differences.

Victoria Pelletier had a difficult childhood, but she used those experiences as a launching pad into a successful career as a corporate executive. Self-aware, articulate, and reflective, Victoria’s narration of her life story is a crash course on how to take something difficult and make it beautiful.