E30 How the Light Gets In with Bruce Ross 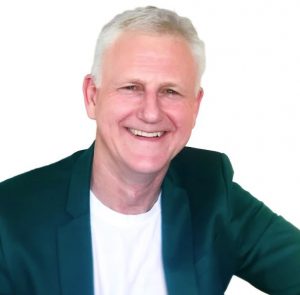 Bruce Ross is a Leadership Development Consultant who operates in the realm of the ‘inner game of leadership’. His proprietary approach to leadership development is research-based and has been honed over 37 years of working directly with the full spectrum of leaders: from emergent through to established.

Bruce has spoken at over 33 annual conferences and been published internationally – on the topic of leadership and accessing peak performance states. He has personally coached over 1200 business owners, leaders, and entrepreneurs.

Bruce was inclined towards social work at 21, but found it emotionally draining. He then worked in recruitment and HR. He joined a company called Entrepreneurs Success Program, which led him to business coaching. He then started his own company, Ignite Business Leadership.

Bruce is married and had 2 daughters, one of whom (Danni) passed away of cancer. Although it was devastating to the family, it helped him slow down and revaluate what he considered important in life and decided to help people increase their psychological immunity for high performance. He is an avid ultramarathoner and feels most at home in the mountains.

Bruce Ross went through deep emotional loss and grief, which catapulted his search for meaning and helped him discover that raising people’s energy states inspires him. Listen in on his journey from free-spiritedness to pain to finding his purpose.

Bruce experienced an ease and a love of life when he began running at the age of 3. Running made him feel like he was flying, and all other experiences paled in comparison. He still chases “the glory of life feeling” every time he runs, and it informs the work he does today.

Bruce’s parents divorced when he was 1, which caused his mother to be ostracized as a “fallen woman for having divorced”. He experienced the stigma, too, and did not have much social interaction in his childhood. However, watching his mother run the house with a meagre salary “brought out a deep respect for… what women are capable of”.

Being a European living amongst Maoris, he did not face any racism, and considers the atmosphere as one that offered him a stable upbringing. He also enjoyed his time in nature, feeling a “sense of abundance” offered by orchards.

He had assumed that going to university would make him wise like an elder, but he found that another organization which offered him esoteric education was where his “thirst got quenched”. He considers that group formative in his thinking and overview of life.

Bruce says that he is a Virgo, so he does focus on perfectionism and analysis. He is also a self-confessed introvert. He claims that the death of his daughter changed him drastically and inspired him to work in the field he is in now.

When Bruce was 18, he visited the Philippines and was taken aback by the heat, the humidity, and “opulence like I’ve never experienced before”, he states. He lived in a gated community with security guards carrying guns and had servants at his beck and call.

He remembers leaving the area in a van and being thronged by beggars, who lived in precarious housing and were being ignored by the locals. “How can those two polarities still exist?” he wondered, and this drove him to study politics and economics at university.

Bruce works with business owners and business leaders who are on the “hunt for their higher selves”. He works one on one with people through coaching as well as the FlowPreneur program, in person and online. He teaches his clients to identify their energy leaks and work to fix those to make flow a “regular, consistent, predictable process”.

Bruce claims that the people who benefit most from his work are driven people who want to excel and achieve their highest self-expression. These people are also the ones who are motivated by a purpose, even if they are not able to articulate it.

Bruce says that the passing of his daughter, Danny, brought many gifts in the form of opportunities to grow and evolve. When she was battling cancer, Bruce’s counsellor told him, “I need you to understand something… there is nothing wrong with Danny… parts of her have cancer”. He then changed his perspective from dealing with her as a sick, broken person to acknowledging the whole person that she was.

Cracking Open: A New Zealander business coach shows us how to take one’s personal grief and turn it into the purpose of one’s life.

Bruce Ross is a business coach with a very well-thought-out system based on energy levels and flow. He seeks to help people realize their potential, both personal and professional.