E58 Learn To Fly On The Way Down with Richard Matthews 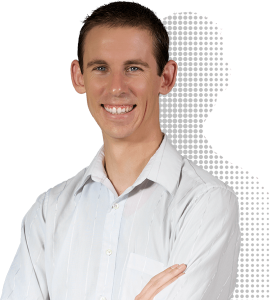 You only have today: A nomadic entrepreneur explains the importance of building relationships quickly in the fleeting journey of life.

Richard Matthews, Founder of Push Button Podcasts and FiveFreedoms.io, has helped many clients add more than 6-figures each year to their businesses using the techniques he developed over his many years of experience.

Today, Richard Matthews is living a location-, time-, and financially-free lifestyle as a serial entrepreneur and full-time adventurer. He travels across the US with his wife, 4 kids, and a big black poodle in their RV.

Richard Matthews’ unusual but systematic approach to life extends to his living arrangements as an RV nomad family connecting with fellow wanderlust travellers along the way, running his business virtually from behind a curtain in his RV and schooling his children on the road as they drive from one travel adventure to another.

Being the oldest grandchild, Richard was very close to his grandmother. At age 7-8, while running around her house, he knocked over and broke an expensive antique vase and was in tears. However, his grandmother put him on her lap and told him that only his safety mattered, which, he notes, “set me on the path of who I am as a father and as a person in my family”.

As a high school freshman, after reading many of Robert Kiyosaki’s books, he borrowed money from his father to start a candy business in school and even though he was able to pay his father back and continue his business, he did not have any money left. That was his first lesson in the difference between earning gross revenue and profit.

Richard grew up in Murrieta, California, an upper-middle-class town known for its vineyards and safety. However, as a growing city, the high school had 4500 children whose schedules were rotated so they could fit in the classes. It was because of this that he chose to go to a small college with 500 students after graduating.

His school had many extracurricular activities being offered. However, he recalls that “one of the things that was distinctly missing was any sort of interest in the school system about entrepreneurship”. He managed to meet the requirements his school and parents set for him but invested his free time in working and growing his business.

California is a melee of various cultures and languages, and his friend group was representative of that. He learned from the work ethic and traditions of his friends’ families and claims he loves travelling now due to that initial multicultural exposure. His college was not as diverse, and that felt strange to him.

Growing up in a religious household, he joined the Christian Club in college and was inspired by its leader who went on to become his mentor. Richard aspired to be a charismatic leader and impactful public speaker like his mentor. He observed other influencers and practised becoming extroverted. He now classifies his relationships based on how many stories he knows about others’ lives.

Richard belongs to a group called Fulltime Families, an RV club for families who travel full-time with their children. He and his family have developed many relationships with other families, and have learned to quickly fraternize with other families they meet on the road. They are aware of the limited time they have with others and live every day like it is their last.

Richard learned to acknowledge his influence as a storyteller and “the gravity of giving someone advice” when his friend acted on his advice about marriage.

When Richard is invited to forums with very successful business people, he feels “like a 6th grader who is learning how to swim in a room full of water polo champions”. However, he enjoys the exchange of knowledge and information that takes place in such spaces. He finds making the transition from a solopreneur to a CEO to be an interesting cultural shift.

Richard tells all his clients that they will always come second, after his family. By being open about his priorities, he is able to build healthy relationships with his clients and draw boundaries.

Richard’s company, Push Button Podcasts, is a full-service podcasting agency that helps small businesses use podcasts as a marketing medium by providing file management and backups, show notes and written content, graphic content, social media, publication, announcements and all things creative! He encourages all listeners to take the risk to chase their dreams, just as he did.

Richard Matthews is a student of human behaviour. He was so fascinated with how people behave that from a young age, he took careful notes on people he admired, detailing how they spoke, carried themselves, interacted and dealt with situations as they arose. From this intense interest grew an ability to sell and to create systems that speak to and work for real people!

Grace Under Fire with Anthony Hayes

The Rewilding Journey with Raju Rajan