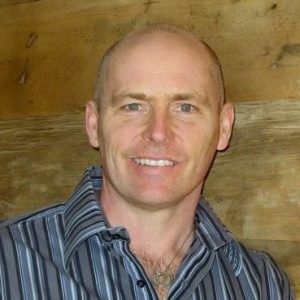 Chris Thomson is the Head Coach at Student Works Management Program in Eastern Canada. Originally a student business owner/operator, he was successful in that role and got the opportunity to take more and more senior roles – VP, partner – until he purchased the business in 1993. He has a long history of helping university students develop practical skills they can use to start a business.

Chris and his team recruit entrepreneurial-minded students who are taught (15+ hours each January) and coached as leaders to market, sell, recruit, and run student painting and window cleaning businesses across Eastern Canada. They have over 14,000 clients annually and are growing.

As an award-winning swimmer, Chris Thomson had no free time to take up a part-time job. Listen in on how he maximized his time, streamlined his efforts, and worked smart to become a successful entrepreneur.

Chris’ father was successful in his career, inspiring Chris to aspire for success early on. Chris viewed success as “something to win my mom and dad’s love” and drove him to achieve greatness in everything he considered important – academics, sports, work.

Chris became an elite swimmer at age 10 and went on to win junior nationals, 4 provincial titles and a national title. He stood 8th in the country when he represented The University of Toronto at the university championships.

Since swimming took up most of his free time, he could not do part time jobs like other students. His father suggested he begin lawn care for the neighbours. Chris would walk around with his lawn mower and shovel and eventually had 50 clients for his lawn care business.

Chris was raised in the Roman Catholic Faith. His father was a successful lawyer and chairman of one of the largest law firms in the country, giving him “a real sense of going and being successful as well”.

Being a swimmer taught him the value of working hard and being coachable. Being inspired by his coaches to put in the time and effort needed to succeed has also impacted his work as a coach.

Chris identifies strongly with the entrepreneurial community. He enjoys the freedom that entrepreneurship brings and values the connections he has formed, having guided many to becoming entrepreneurs.

Chris claims that he has always been people-focussed, considerate, amicable, and supportive. He likes to be liked. He also likes to learn and improve, fuelled by his persistence and growth mindset.

Chris finds joy in making connections and remembers anecdotes from as far back as 25 years ago. He credits his interest in people and conversations for his memory of such facts. “I am not much of a fact finder but I’m very curious with people”, he quips.

When Chris was in his sophomore year at university, one of his friends said, “what do you mean, there’s a right and a wrong”. Chris had never considered otherwise. His upbringing had taught him to view the world in a certain way, but he learned to respect different opinions.

Chris believes in open communication, directness, honesty, and “looking for the best possible outcomes”. He has based his business around four values he imbibed from Dan Sullivan of Strategic Coach:

Chris also believes in taking 100% responsibility and working towards being accountable, encouraging people to take actions and create systems “to support you to show up properly and effectively in the world.”

As a white English-speaking male born in a wealthy household who went to university, Chris is not unaware of his privilege. “I certainly can recognize that and… I feel blessed because of that and certainly aware of all that we need to do as Canadians to make it… as fair a playing field as we can for everybody and making a contribution for everybody wherever possible”, he remarks.

He finds that racial diversity is improving, and that the children of immigrants, along with those of professionals and entrepreneurs, want to work hard to give back to their parents. He also acknowledges that Canadians are supportive of student entrepreneurs in the community.

He warns against the fear of failure, the fear of setback, and the fear of rejection. He trains his mentees to overcome those fears and not take rejection personally. He works with students to plan for their success. “The first part of it is coaching for that commitment, the integrity of making the plan and then second of all we’re coaching for the refinement, the improvement… constantly getting better and then… eventually it moves more to leadership”, he explains.

Earn what you can: A seasoned entrepreneur shows us how to hustle harder and become a huge success.

Chris Thomson was raised with privilege but did not become complacent. He used every opportunity and free minute to develop his entrepreneurial skills to become the successful businessman he is today.

Connection and Community with Benedict Beaumont