E21 Ask Me Why with Cara Bedford 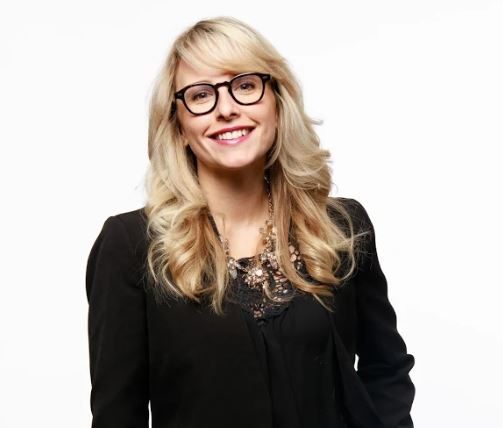 Cara Bedford is the Director of Strategic Marketing for CompuVision, a Canadian core IT service provider which focusses on how disruptive technologies can change traditional businesses. She is the Managing Editor of Disruption Magazine Canada, and the product owner of TASKIFY. For Cara, ‘why’ is one of the most important questions we can ask as a society today, and her work is driven by curiosity in a time when technology is moving faster than ever before. She is also a mom to a three-year old boy.

As a woman in technology, Cara Bedford brings a unique perspective to the profession. Listen in to learn how disruptive technologies are changing the future of work and how you can keep up.

Cara and her brother were raised by a single mother in Edmonton, Alberta. She claims that was a big factor in making her who she is today. Her mother showed her by example how to multitask and be resourceful and is still her best friend and wing woman. Cara became drawn to male-dominated careers, inspired by the strong female figures in her life.

A self-confessed creative soul, Cara completed a bachelor’s degree in psychology and dabbled in music, dance and video production. She had also been taking courses in interior design, finance and business advisory, not sure what she wanted to pursue. She had a video production company of her own, and when the recession hit in 2008, she lost 80% of her clients and contracts. However, she held fast to the notion that “you fail, and you learn.”

She was then mentored by a marketing professional in a landscaping company and spent 6 years learning the ropes there. When she was invited by a friend to technology event, it made her feel like a tiny part of a grandiose universe, awed by how life becomes limitless when the whole world is connected. For Cara, technology satisfies her innate curiosity and creative spirit, ensuring she is never bored.

Cara is a proud first-generation Canadian whose father’s family immigrated to Canada from Italy while her mother’s family consisted of Ukrainian reformers who valued education. Her grandparents worked hard to provide for their family and educate them to become doctors and nurses.

As an adult, she is rediscovering the family folklore being retold for her son. More honest, more centered, but also scarier and dehumanizing, she is uncovering the truth of her past and heritage with curious hunger.

Growing up, Cara’s mother and brother joked that she lived two lives – that of a jock and a drama nerd. She was both sporty and creative, and loved being a part of group activities. She was interested in musical theatre, soccer and volleyball. She wore many different hats and became good at being a chameleon. Even so, she was conspicuous by “a strong voice and a strong personality.”

Cara finds that the community in singing groups fills a bucket hole in her life. She sings in a barbershop quartet called Whoa and competes internationally with a barbershop chorus called Gateway Chorus. She found a sisterhood in this group, a stark contrast to the male-dominated world she works in.

Cara believes her leadership journey is still evolving. As a leader in a gig economy with a remote team, she tries to get to know people and commemorate their important occasions. She has created a collaborative culture for them to partake in, where having to dive deeper into questions is a norm. She tries to slow down their otherwise busy work lives by encouraging them to reflect, ask questions and tell her how she can help them do their jobs better as a partner.

In the DISC personality assessment, Cara is a D – Dominant, and defaults into that style. She’s quick to make decisions and is very risk averse. She says she developed these traits as a part of growing up where she had to make bold moves but also take care to survive. She believes that everyone falls in one category on the DISC assessment, and it’s good to be aware of it. Everyone at her workplace displays their personality style in their room so that people know how to approach them.

Once, Cara was discussing a blog with one of her freelancers when she heard sirens and screaming at his end, and someone commanding him to get down at the coffee shop he was in. She realized that if people in difficult conditions could still deliver work on time and within the budget, there should be nothing stopping people in relatively privileged situations from doing so.

As a parent, Cara became very empathetic towards other mothers and realized how difficult it is to “function on very little sleep”. When previously she hadn’t understood the sacrifice a mother makes to balance work and home life, she developed a newfound understanding when her colleagues were banging on her door when she was pumping because she was late to a meeting.

Technology adoption reflects the rate of evolution of the world. However, marketing cuts through the noise and helps navigate the world of technology. Disruption Magazine Canada and CompuVision are just a few examples of technology represented well, and Cara is proud of being associated with work which exemplifies the female Canadian tech spirit.

Disruption is a free magazine created for Canadians by Canadians. If you are looking for a place which can manage your technology, protect your organization and strategically accelerate you into conversations of the future, CompuVision is an innovative, cost-saving, productive and low-risk resource which reflects efficiency and diversity.

From Scarcity to Abundance: A Canadian woman in tech teaches us how perspective can change how we think of the future.

Cara Bedford is a woman in tech and a mother of a three-year-old. Technology as a career fell into her lap, but she works daily to become a good leader in this gig economy, using cultural understanding and personal connections to make a difference.

COVID-19 Helps Us Focus on What Matters

Understanding Our Spiritual Nature and Its Relationship to Work