In his book How to win friends and influence people, Dale Carnegie writes that one of the biggest obstacles to living a happy life is allowing the need to be right to take over the need to know. Most of us will defend our beliefs to the death, even when all evidence that they are wrong, flawed or, at least, in need of an update is right in front of our faces.

Yet, the greatest leaders are always those who are able to admit they are wrong, who have the courage and humility to suggest they could be wrong when confronted with demanding and unreasonable people, and who can use the difficult characters they come into contact with to perfect their own characters.

According to Carnegie, whose book was first published in 1933 and continues to be a business best seller every year, it does not take a lot of skill or changes to your personality to be able to admit the possibility of being wrong or making a mistake. In one of Carnegie’s examples, an architect working for a critical and demanding boss decided to try the “I could be wrong” strategy when his boss demanded he account for a mistake in one of his drawings. The architect responded, “I certainly should know better than to make a mistake like that, I accept full responsibility for this and will redo the drawing from scratch.” The irritable boss, taken aback, insisted that the architect had only made a small mistake, “not even worth mentioning” and even took him out for lunch after affirming the quality of his work. This happened after several years of critical boss behaviour and the architect either saying nothing or attempting to prove why he had not made a mistake.

Another one of Dale Carnegie’s stories on the topic of being right involves a Chinese man who was estranged from his son because of something he had done before his son was married and had children. He longed to see his grandchildren but because of his culture could not, as the elder person in the family, make the first step towards asking forgiveness from a younger person. After some deliberation, he decided to go against tradition and ask his son for forgiveness. The family was reunited and the past wrongs pardoned. His desire to be right and follow the cultural traditions was burned away by his desire to feel the love of his son and to know his grandchildren.

Overcoming the need to be right 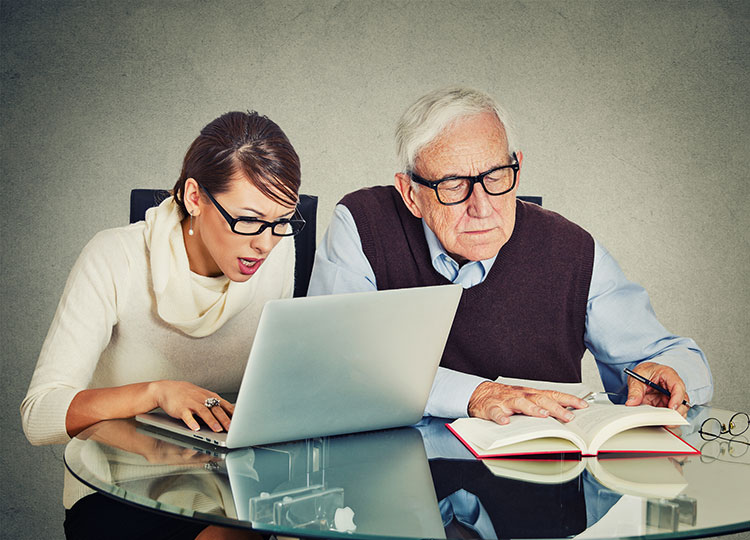 Strategy #1: Be aware of biases

One way to overcome the desire to be right is to remember that when threatened, we all have an unconscious positive bias in favour of ourselves and a negative bias towards others. Combine this with the simple fact that we rarely hear more than 50% of what others say and remember even less, it stands to reason that we have missed a lot of what we need to hear and understand from others to be able to make an accurate judgment of their intent.

In reality, our bias and limited understanding typically play out as attributing our own mistakes to context and happenstance but attributing the mistakes of others to their bad character. To use an example: if I am late it is because of the traffic, but if my friend is late it is because she thinks her time is worth more than mine. In this situation, the traffic is the context that caused me to be late and I still retain my sense of goodness. However, I am very likely to automatically assume my friend is less good when she is late because I perceive her to be disrespectful – a character flaw. She may in fact have been held up in traffic where I could be the disrespectful one. Remembering that I am likely to see my own actions as being more “good” than those of others can help provide perspective when tempted to argue with someone instead of asking questions and learning from the situation.

Strategy #2: Be clear on what your actual outcome needs to be

This strategy is especially useful in situations that involve conflict, disagreement, or negotiation. Before you even begin talking about your “side” of the story, decide either individually or mutually what you want to happen as a result of the situation. In an argument with your child over who left the milk out of the fridge overnight, is the outcome that you desire to prove your point, or is it to ensure that milk stays in the fridge when it isn’t in use?

I have been able to curb my desire to be right by asking, “Is fighting about this going to get me to the best result in the end?” Looking to the possible consequences of our words and actions and thinking about the end goal can help neutralize a frustrating situation.

For example, I recently worked for a client who provided me with a manager who refused to provide me with the tools and templates I needed to fulfill the contractual obligations. I was frustrated with his constant criticism of my work while he continuously blocked access to the tools I needed to provide outputs more to his satisfaction. I asked myself what I could learn from this, and told him that I did want to meet his expectations and learn from him. I showed interest in his knowledge, hobbies, and life. Most of the time I’m quite good at listening to the other person and getting them to talk about their interests, but I just couldn’t disarm or charm this fellow no matter how self-effacing and interested I was in his point of view.

I also had a couple of confrontations with him where I let go of my usual concern of not causing the other person to lose face. I accused him of not providing clear instructions, being manipulative and having a hidden political agenda. As you might have guessed, none of these comments won me any favour with this man. Since I couldn’t get respect, control over my work or the information I needed, I focused on trying to call his bluff. I had done the opposite of what I usually do in difficult situations: I had switched from the desire to know to desire to be right.

In the end I requested that the client find another consultant more suited to them. I am not proud of this, but it taught me a valuable lesson: no matter how difficult the situation is between two people, when one or both insist on being “right,” no learning takes place. Because I am usually very good and staying cool and engaging others, I didn’t use the strategies I know work and fell into the very trap I was trying to avoid. I became more concerned with being right than with helping the other person meet his goals.

There are several ways I could have avoided this situation. Let’s engage some vicarious learning and highlight a few key areas from this article so you don’t make my mistake:

Now, here’s your action item from this post: Think of one person in your life with whom you have recently felt the need to be right and see which of the above nine strategies might help you move forward from that trap. Try implementing the strategy and let me know how you were able to embrace the desire to know and get away from the desire to be right.