Cultural Intelligence: It’s all about finding the patterns and principles 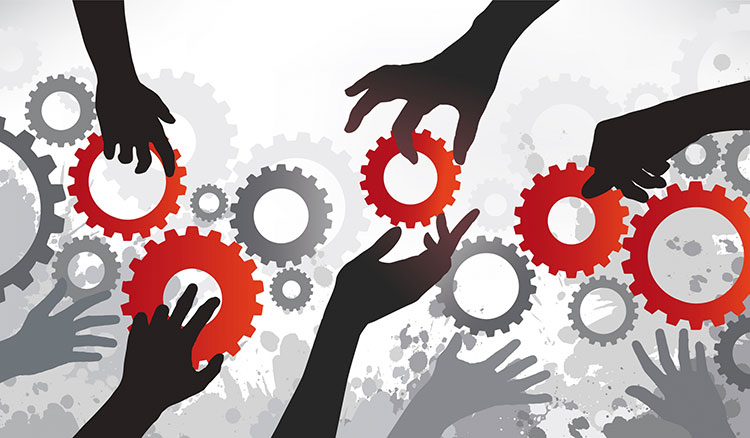 One of the most useful reads on developing cultural intelligence is David Livermore’s tour of 10 cultural clusters around the world . The author has an approach I greatly appreciate: he is practical about approaching the daunting task of figuring out how to live, work and play with people from differing cultural backgrounds. Since it is impossible to understand any culture completely – we don’t even know what our own cultural orientations are until we run into someone who does things differently than we do – it can be very helpful to recognize cultural principles and patterns. Patterns give an outsider a few principles or a pattern of behaviours to use as reference, differentiating from stereotypes that impose a few specific negative or positive cultural traits onto everyone in a given group.

To show how this works think of it this way: if I say that all Chinese are good at math or that all Mexicans are lazy I am using in the first example a positive stereotype and in the second a negative stereotype. If I say that the use of chopsticks in Asian countries is associated with Confucious who believed that knives and forks represented aggression and violence, and that this represents the principles of harmony and gentleness that are the basis of Zen, I am closer to understanding a cultural principle. Awareness that there is a strong sense of family loyalty in Latino cultures that overrides loyalty to institutions is a helpful cultural pattern to know. It can help explain why even when an employee is fired, the employer will show concern about implications for the employee’s family, and make adjustments to the termination out of respect for the family.

According to David Livermore, cultural intelligence is about being effective in our interactions across the unfamiliar. Once you can find ways to recognize both the similarities and the differences between cultures, you are on your way to increasing your cultural intelligence and your effectiveness. You can more easily adapt your attitude, behavior and mannerisms to be part of the cultural dynamic. Livermore bases his practical application of this approach on the research of Simcha Ronen and Oded Shenkar, whose work informed GLOBE, the largest study on leadership across cultures to date.

Taking them to the distilled essentials, David Livermore describes 10 language and geography-based cultural clusters, showing commonalities and pointing out differences. Each cluster has a metaphor (for example the Nordic cluster metaphor is IKEA and the Asian cluster metaphor is chopsticks), a general explanation that includes helpful historical landmarks, and explanations about both original and colonized influences. The clusters are rated on Hofstede’s basic cultural themes: power distance, individualism/collectivism, uncertainty avoidance, competitive/cooperative, long-time/short-time orientation, high/low context, and being/doing. Each cluster explanation shows the countries in it as a “family” with a relationship to the whole. For example in the Anglo cluster, England is seen as the mother, Canada as the obedient child, USA as the prodigal son and Australia as the rebellious child. Within this family metaphor, there are also countries considered to be the outlier child or the black sheep. In the Anglo cluster those countries are Ireland and Scotland.

A few guiding principles inform an understanding of relationships within the cluster and should be respected if you want to have any communication at all. For example in Asian cultures, it is very important to understand the concept of what is called in China “guanxi” roughly translated as “connections”. It means your relationships are established gradually and are characterized by trust, mutual obligation and shared experience. Respecting this principle will avoid many misunderstandings and hurt feelings.

At the conclusion of each cultural cluster synopsis are key differences between countries within the cluster, and a few helpful “dos and taboos”. In the Asian cluster, China is more oriented towards Being whereas Japan is one of the highest Doing cultures in the world. Uncertainty avoidance is very high in Singapore and Japan but less so in Hong Kong where western business attitudes and practices are common due to its long colonization history with England.

David Livermore’s book about discovering 10 cultural clusters is a welcome addition to the intercultural literature canon. It is particularly refreshing in that it sidesteps the polarization arguments between those who claim you cannot provide cultural specifics because no culture is homogenous, and those who claim you can only know cultural specifics because there are no large concepts that can be applied to real life interactions.

Want to connect with people who share your interest in this topic? Join our LinkedIn group: Canadian Workplace Culture!