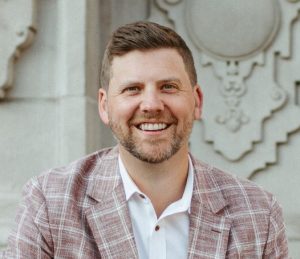 What is your dream?: A Culture Creator and Dream Achiever shows how a visionary team-building focus creates a work-life of your dreams!

Dane Espegard is the Founder of The Dreams Systems LLC and Division Manager at Vector Marketing/CUTCO. He has trained thousands of sales representatives and managed over $51 Million worth of Cutco sales. He began there right out of high school and just celebrated 20 years there.

Dane is also a culture consultant who teaches, assists and executes the implementation of a Culture centred around Dream Achieving. Dane works with companies in a very simple manner to get the culture started and leaves them with some very easy-to-implement steps.

Dane brings a successful people-oriented method to market in his latest book, “The Dream Machine: A Leader’s Guide to Creating Teams of High Performers Who Achieve Extraordinary Outcomes”. He lives in Austin, Texas with his wife and 2 daughters, 6 and 4, enjoying the adventure of life.

Dane Espegard’s ability to take an idea to a successful outcome led him to create a system and then a book called “The Dream Machine” which promotes company and team growth through a culture of conversation around how each person expresses and achieves personal dreams.

Dane grew up in a family of entrepreneurs surrounded by talk of business and witnessed his stay-at-home mom open up a daycare business, watching it grow. “Being able to have a front row seat” to the hard work, excitement and challenges of running a business paved his way to being an entrepreneur. He also gained many social skills from interacting with the children there and learned empathy.

Dane was involved in many extra and co-curricular activities in middle school. Getting a job at CUTCO at age 18 was the most impactful for him because it was the first time he experienced “a very organized approach to personal growth”, chasing progress instead of perfection. Those experiences helped him at that stage in life when he was learning to recognize how he wanted to be different in the future. He worked hard to prove to his parents his worth and that he made the right decision.

Dane was born into a middle-class family in a middle-class neighbourhood, and felt “there wasn’t a hunger to provide for the family”. However, the motivation was to scale up in the standard of living. He went to a good public school and was involved in many sports, which honed his ability to work well with others, to be competitive, and focus on his role in the team and how he can contribute to them.

Dane is now a member of a group called Front Row Dads whose tagline is “family men who own businesses instead of businessmen who have families”. This group influences how he measures himself as a father and husband, and he participates in their programs and retreats to learn, grow and replenish his energy to be an intentional father. He also feels a sense of belonging at Vector/CUTCO, maturing from a newbie at 18 to a mentor to employees there today.

“I lean towards positivity”, Dane says of his temperament. He is excited and has a high level of energy to interact with people. He has tried to tap more into others’ influence now, instead of solely listening to his gut. He usually has a strong opinion which gives him the confidence to take action but he is working to allow other voices to shine so they can grow under his leadership.

Whenever Dane travels internationally, he is reminded of how differently others live. Growing up in a conservative family and a “pretty middle-class white school system” in the USA gave him one perspective, and that is constantly challenged when he travels, making him return with an open mind. Before he went to Europe, he thought life there must be similar to life in the USA, but he was surprised when he went and heard what Europeans thought of the USA.

When Dane was asked to start a new team from scratch in a new state (his 3rd time doing so), he wanted to be intentional about it for the long term. He used the ideas in the book The Dream Manager by Matthew Kelly to build a culture where every employee was living the life of their dreams. His team has been consistently performing well because of this culture. He finds it rewarding as a leader to support his team and himself in achieving their dreams and pursuing their best lives.

Though he works well independently, he thrives with people around him. Especially as a leader, he works hard because he knows people are counting on him. He also infuses his work with hope, which gives him power in his decisions, making him feel “alive and engaged with my every day”, he notes.

Dane’s book, written to enable change in workplace cultures, is available for free on his website to anyone who would like to upgrade their team’s culture. He can be reached through his website or his social media, for any discussion around team culture and dreams!

Dane Espagard had the benefit of starting in a family that inspired, encouraged and challenged him. He took his natural tendency to have a positive outlook on life and his people orientation to new heights when he started to see himself as a learner and to open himself up to the influence of others.

Change Is The Only Constant with Dele Ola

A Work In Progress with Leslie Bosch