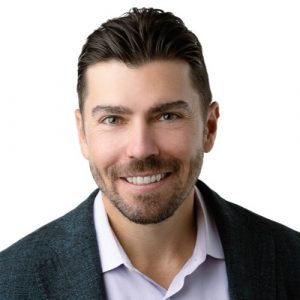 The win-win proposition: A business consultant explains how people show up, communicate, problem-solve, and lead, determines how large the gap is between strategy and execution in an organization.

Mark is the Managing Partner at Co-Creation and has been helping organizations transform their business performance for over 15 years now. He is also the co-author of the book Unfear: Transform Your Business to Create Breakthrough Performance AND Well-being (McGraw Hill Dec 2021).

His work has taken him around the world and allowed him to explore different industries. What Mark has discovered is that, despite the uniqueness and special nature of each company and industry, human beings are the core of any organization.

Mark Minukas grew up believing that he needed to win to be accepted in the world. Listen in on how he grew from wanting to defeat everyone else to wanting to take them along on the ride to success.

As a child, Mark remembers struggling to fit in. In his Connecticut junior high school, he did not make it past tryouts into the baseball team and didn’t get celebrated for doing well in sports. From that day on, he decided that he “wasn’t going to be left off any other list” and became hypercompetitive to counter his fear of rejection – against his younger brother, in college, in the navy and at work.

Mark’s father’s family is from Lithuania but was forced to flee during WWII. They had been well-off but struggled to achieve the same in the USA. From his father’s experience, Mark internalized that “life can be really hard but if you work hard enough, things will work out and the world is full of possibility”. He was not an emotive person, so Mark learned that a man should not share emotions.

Mark’s extroverted mother, on the other hand, is of Italian-Irish descent and her family had many generations of blue collar workers, from whom he learnt the value of service, and “work hard but also don’t take life too seriously”. He acknowledges the privileges his race has bestowed on his family, and how his religious upbringing has transformed into his spiritual awareness today.

Mark wanted to be like his father, who was an engineer, so he focussed on math and science more than artistic topics or history in school. He finds the school conditioning of ‘one right answer’ to be limiting in life. Enrolling in the navy taught him to care for those he worked with, and that teams thrive and achieve. Working at McKinsey made him believe any problem can be solved.

Because of Mark’s win-lose paradigm, he had strained relationships with people. He now works to integrate his point of view with that of others and has healthier, more creative exchanges. “It’s not about winning or losing, it’s about how I can contribute to this situation and get curious about what other people can contribute together”, he notes.

Mark experienced culture shock when he joined the navy at 17 with their “radically different norms and ways of working and communicating and treating each other”. When he was posted to the Middle East, he became introduced to customs and languages he had not been aware of before then. He found it eye-opening to get to know people from different cultures on a personal level.

Mark is at his best when he feels “embraced by other people”, where his point of view is heard with interest, even if it is not agreed with. He values a degree of open communication and candour so others can share what is on their mind, and allow him to let his guard down.

Mark wrote Unfear with his business partner, which describes the performance of organizations from the inside out – beginning with individual mindsets which influence how they show up and work in teams, which influences how organizations perform. They believe “fear is neither a good thing nor a bad thing” and the key is to relate to fear as a cue for learning and growth, and transformation.

Mark Minukas was cut from his junior high school baseball team and decided that he needed to win against others to do well in life. His life experiences in the navy and in consulting taught him to look at others as his companions on the journey to success instead of competitors.

Balance in the Boardroom with Tarin Calmeyer