In the last post I spoke about how speech and silence are interpreted differently across cultures and then considered ways to use this knowledge to improve cross-cultural communication. Let’s look deeper. When there are differences between how people communicate across cultures there is also hierarchy, or the level of formalized status in a society that you are expected to acknowledge and observe.

Hierarchical cultures have obvious attitudes about status difference, and specific expressions and behaviours that accompany their beliefs. In a hierarchical culture it is considered appropriate to treat people of lower status much differently than one would treat people from a higher status. Persons from lower statuses may be given direct orders, with either very little explanation or drawn out descriptions that carefully explain every detail to ensure things are done “right.” Lower status individuals may be assigned blame, be spoken to rudely, and there may be the assumption that lower status people will do what they are told because that is their place in society.

Hierarchical societies tend to place a lot of emphasis on age, so the older you are, the more respect you deserve to receive. Hierarchy also often applies to gender – men automatically have more status than women no matter what their education or experience. Egalitarian societies purport to eschew these beliefs, instead keeping internal hierarchies less visible.

Hierarchy in the Workplace

Inevitably, these differences affect workplace culture in significant ways. Consider how a workplace might look when based on hierarchical values. High status people would enjoy the best offices and be further away from the front line. High status workers would not do low status jobs and there would be distinct physical, social, and policy delineations between different job roles, both formal and informal.

In a more egalitarian culture, employees would still be expected to respect their boss and do what the manager directs, but management might enjoy the exam same style of office as employees. Both supervisors and employees could engage in more menial tasks like making coffee for clients, and both could have regular duties that were somewhat interchangeable between the two groups.

Lionel Laroche and Caroline Yang’s most recent book, Danger and Opportunity: Bridging cultural diversity for competitive advantage, gives an example of what it looks like when hierarchical and egalitarian cultural expectations collide. A pharmacist from the Middle East had an intercultural “aha” moment after observing a Canadian colleague throwing crumpled papers into a full waste basket where they continued to bounce out. After missing the bin, the Canadian pharmacist got up twice and placed the paper in the waste basket.

The reason this was so significant for the Middle Eastern pharmacist was that in his country, he would never have gotten up to deal with the missed paper ball. He would have snapped his fingers to bring one of his lower status employees to ask him what he needed. At that point, he would have instructed his low status employee to empty the garbage bin. When the Middle Eastern pharmacist saw that in Canada this did not happen, he realized there were cultural differences between the two countries even though he did not yet know what they were or how to explain them.

(In my office culture, anyone who sees a full garbage can empties it: egalitarian. Everyone in the building follows this unwritten expectation except one of the building owners who is from a hierarchical culture. He remarked to me one day that there wasn’t much garbage in our office because the bins were always empty. When I told him it was because we all empty the bins when they are half full he said, “Good. Keep it up.”) 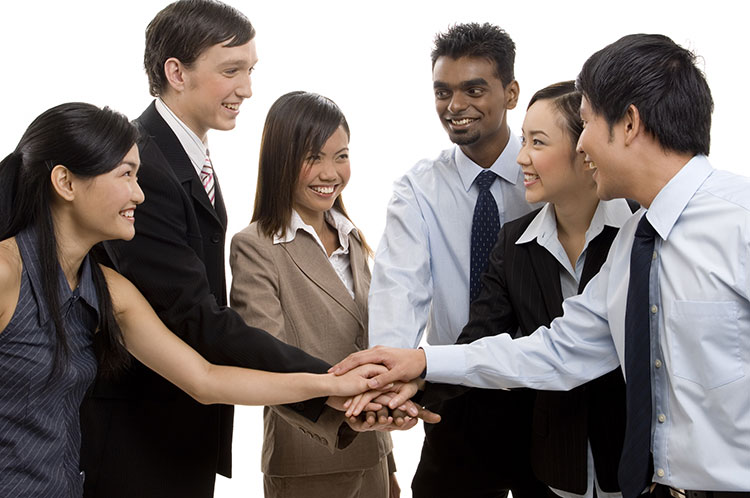 Just noticing that a misunderstanding could be related to hierarchy can help both parties be more aware of their own reactions, pay attention to the reactions of others, and seek a clarifying question to solve the misunderstanding.

Some examples of clarifying questions are:

Questions like this can diffuse anger and tension and help both communicating parties to focus on what they can do differently.

Basically, to begin improving workplace cross-cultural communications, we have to start paying attention to cultural clues and asking positive, open-ended questions to find out where the disconnect took place so we can fix it. Remember that questions that lead to clarification of assumptions are:

Finding out where people are “coming from” and where you can go next is much more productive than focusing on hurt feelings that assume bad intent. To promote understanding and workplace harmony in your diverse team, give the clarifying questions strategy a try and see what happens!

Want to stay in the loop with culture and work? Join our LinkedIn network group Canadian Workplace Culture.