Every piece of communication shared requires a sender and a receiver – someone to send the message and someone to receive it. Inevitably, there exists a space between the sender and the receiver where interpretation of the message occurs.

When we consider the role of culture in workplace communication, it makes sense that the space widens when the sender and receiver are from different cultural backgrounds because people with dissimilar cultural norms and expectations often miss each others’ social cues. In the end, the message received and the message intended may be so far apart that the message itself is lost in the gap. To correct for this possibility, we have to pay attention to cultural clues and find ways to check that messages delivered were understood the way we intended them to be.

For example, there are expected speech and silence patterns in all communication. Canadians and Americans are generally uncomfortable with more than a second of silence in conversations. Italians and Latin Americans often interrupt or talk over each other, and in most Asian and many Aboriginal cultures, people leave longer silences to show respect for the speaker by pondering what was said. So before the meaning of the words has even been considered, the way the words were said and the amount of silence between people speaking together can already trigger offense in people from different cultural backgrounds. One party will think the other is too cold or too aggressive, and the other party will judge their conversation partner disrespectful or rude. Each side truly believes that their culture’s way of speaking is the most respectful and that the other party obviously hasn’t learned to communicate the “right” way. 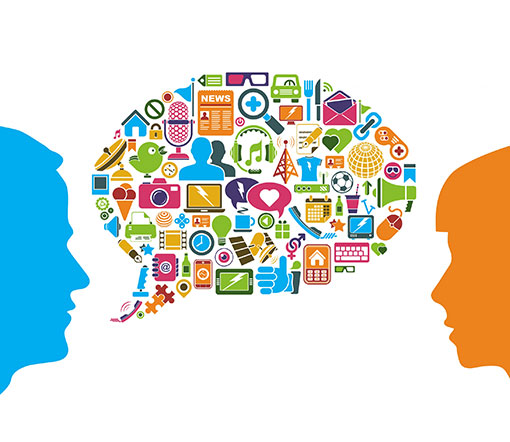 Things become increasingly complex because many people do not monitor their thought processes throughout these interactions. They may not be able to actively identify what it is about a particular person or interaction that felt “wrong” or “bad” but are left with a negative impression nonetheless, and that impression may carry over to future interactions, cementing in patterns of communication and behavior based latently or actively on ignorance and misunderstanding.

In a meeting context, people’s speech behaviour can significantly affect their team’s perception of them. A culture where everyone speaks over everyone else will see those who do not as having nothing to offer to the group. In a culture where silence between comments is the norm, the group will perceive those who do not respect the silence to be aggressive and disrespectful. And in a mixed cultural setting there will be many judgmental thoughts between the group members interfering with their capacity to address the issue at hand.

Ways to come to a solution 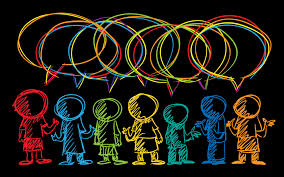 The solution lies in observation: carefully watching group interactions and paying attention to individual contributions and how they are made over time. Once you can see a pattern, you can begin to adapt your speech and silence pattern slightly to match the group more closely. When you make a mistake or if you can’t see the pattern at all, it is perfectly acceptable to explain to the group that you are used to a context where… (explain your speech pattern here) and see how they respond. Even if the others say nothing in response, they will be thinking about what you said and will start adjusting their expectations and behaviour just as you are trying to do.

Often when people start to notice the cultural speech patterns and they attempt to copy them, they go too far. For example when Asians try to be more Canadian in their workplace presentations, their Canadian audience sees them as aggressive. A new speech pattern or style takes practice in a variety of situations before it feels authentic and natural. Although it will at first feel like you are betraying your own cultural values, that you are being “fake,” or that you are an imposter by practicing the local “jive,” it is a necessary part of reducing discomfort between cultures and increasing cultural “fit.” It helps to admit to yourself that you feel uncomfortable. Keep practicing anyway, and ask others you trust from the host culture if they have any tips for you.

Finally you don’t want to become entirely like the host culture in your speech or any other fundamental style change, and nobody expects you to. Not only is it impossible and would likely be traumatic if you did, there is always a certain boundary between people who aren’t “from here” and those who are and it makes sense to respect that boundary. We aren’t trying to become clones of each other.

Dominant culture also learns from and may imitate minority culture behaviours over time, sometimes in surprising ways. One example is that East Indian cuisine has become so popular in England that in the last international East Indian chef cook-offs, all the winners were from England! On the other hand, cultural imitation can also go terribly wrong. An example would be taking the religious symbol or national symbol from a religion or country you know nothing about and making it into a t-shirt, or wearing a First Nations headdress to a rock concert. The problem with these cultural appropriations is that they show no understanding or respect for the culture from which the idea came. Cultural knowledge, symbols and patterns have to be learned carefully and treated with respect.

One cultural attitude I have adopted from my 30+ years of exposure to Iranian culture is an appreciation for formality, elegance and decorum. I have learned greetings, salutations, and careful use of titles that I did not grow up with in Canada. I now prefer a more formalized way of greetings, protocols, and find most of the courtesy behaviours of Iranians both lovely and generally natural for me to do and say. What I still have trouble with is remembering to greet everyone in a room when I come in to an existing group, mainly because I’m not sure if this is expected of me as an “outsider.”

Individuals vary in their capacity to learn and correctly apply new cultural behaviours, and being capable of cultural competency in one situation does not guarantee competency in another. But no matter what your capacity to adapt, you can always improve communication by watching and listening to the speech patterns of whatever group you find yourself working with.

Want to stay in touch with people who are interested in topics like this? Join our LinkedIn Group: Canadian Workplace Culture